The College released data today on the number of incidents of alcohol intoxication recorded among undergraduates from the fall of 2011 through December 2015. The data indicate that fewer students received medical attention for alcohol intoxication last year compared to the previous year. 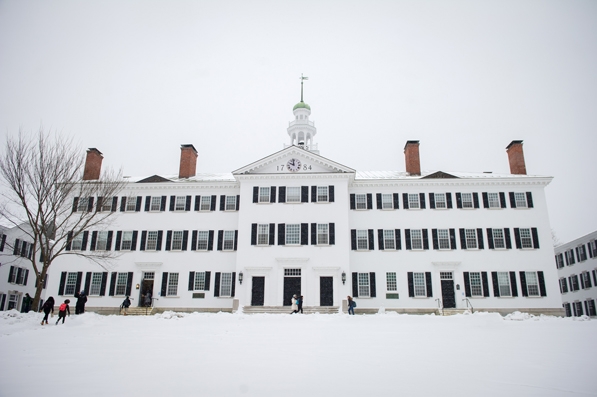 Going forward, the center will update the numbers each term, says Barthelmes, and plans are underway to make them interactive.

“Our goal is for this to be a living, breathing data set,” Barthelmes says. “We want to create a shared community understanding so that we can have a productive conversation rooted in data.”

“We want this data to be shared widely,” says Mary Nyhan, assistant director of the center. “We want people to be able to interact with the data and use it in a way that helps them answer their questions.”

Barthelmes cautions that there is not yet enough data to draw conclusions about the effects of the College’s new policies around alcohol use, including the ban on hard alcohol that took effect in the spring of 2015 as part of the Moving Dartmouth Forward initiative. Other policy changes, such as new rules about how alcohol is served and managed at parties, have only begun to be implemented this year, and are not reflected in the data.

“The good news is that when some of these policies were enacted, there were concerns that we might see spikes in high-risk behavior,” Barthelmes says. “We definitely haven’t seen that, and there are some indications that we’re trending in a positive direction. But we won’t really know until we’re looking over time at how all of these intersect. It’s not one policy that we’re paying attention to; it’s how a collection of initiatives may be shifting our campus culture.”

Part of the attempt to shift campus culture is the Student Wellness Center itself. Located on the third floor of Robinson Hall, the center was launched last fall with the mission of helping students make proactive decisions about their health, including decisions around alcohol use. The center coordinates the Brief Alcohol Screening for College Students (BASICS) program, which helps students identify their values around drinking, and a number of peer-based programs, including the Dartmouth Bystander Initiative, which trains students to intervene when they see others in high-risk situations. It also provides informal space for students to relax, get a massage, hang out with one of the two official Wellness Center comfort dogs, and learn about wellness.

“I always want to make sure we’re paying attention to the healthy majority of our students,” says Barthelmes. “Often when we’re trying to reduce high-risk behaviors, we sort of get this tunnel vision around the extreme minority and forget that on a regular basis the majority of our students are making healthy decisions around alcohol use, and other things, too.”

“We encourage students to drop by and get involved,” Nyhan says.