“Of course it’s impossible to give a rouse to everything that’s worthy. But hey, can you blame us for trying?” 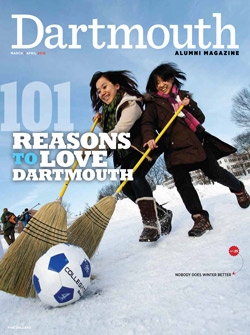 Talk about experiential learning: Every four years a gaggle of presidential hopefuls and the media swarms to Hanover and the state of New Hampshire, where primary season gets under way more than a year before November elections. For alum politicians such as Nelson Rockefeller ’30 in 1964 or Paul Tsongas ’62 in 1992, it’s been a homecoming. For others it’s been a chance to stand out at nationally televised debates—since 1984 the College has hosted five such events. Even with no debate scheduled for the current election cycle, candidates Carly Fiorina, Martin O’Malley, George Pataki, John Kasich, Hillary Clinton, Lindsey Graham, and Chris Christie came to town in recent months.

11. THE COOLEST BAR IN TOWN IS THE TECH BAR

The Jones Media Center recently underwent a $1.7-million renovation. Here’s what’s new: a “whisper room” recording booth that can be reserved; the “tech bar,” a centralized help desk; a “living room” with a 60-inch monitor, surround sound and, yes, a couch, for movie watching and gaming; and a multipurpose innovation studio with a wall of eight 55-inch monitors.

16. THE FLEET IS AT YOUR COMMAND

The College embraces its location on the banks of the Connecticut River, which means easy access to watercraft galore. For a relatively modest $40 membership to the Ledyard Canoe Club, students can rent canoes, kayaks or paddleboards for free, even overnight. Nonmembers pay a small fee. The club also mounts annual expeditions, including trips to Ecuador, North Carolina and the Florida Everglades. Administrators are now mulling a new facility for the club, but nothing is officially in the works yet.

The athletics department’s metrics-driven Peak Performance program endeavors to foster high-level success for athletes on and off the field. The initiative emphasizes mental health, helping coaches identify an athlete’s stress levels, providing nutrition and workout advice and even career networking. “It’s really about helping each and every student reach their potential,” says Senior Associate Athletics Director Drew Galbraith. “Two people might play the same position on the same team but come to Dartmouth with very different goals and ultimately end up with very different outcomes.”

There’s a new place to cook up great ideas. The Dartmouth Entrepreneurial Network Innovation Center and New Venture Incubator on the south side of campus is bright and welcoming, with plenty of laptop spaces, couches, and Starburst candy, but the secret sauce is the expertise that inhabits the loft-style space. Students can walk in with an idea and find faculty, alumni or local business leaders to help them hash out its viability. The network raised $4.3 million in alumni donations for the incubator, with most of that funding accelerator grants and events such as entrepreneur “boot camps” and pitch nights. It all bolsters the College’s No. 9 ranking in Forbes’ list of most entrepreneurial schools in the country.

Description
New students learn about Dartmouth, and themselves, in a highlight of orientation.
Thumbnail 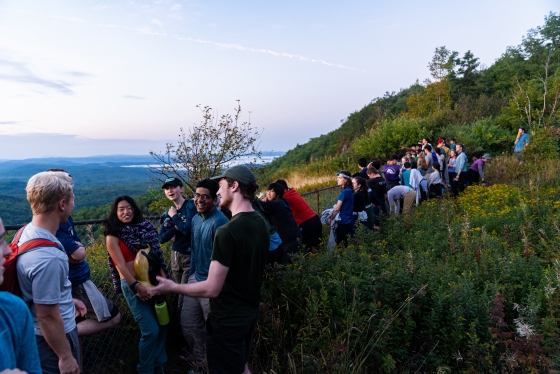 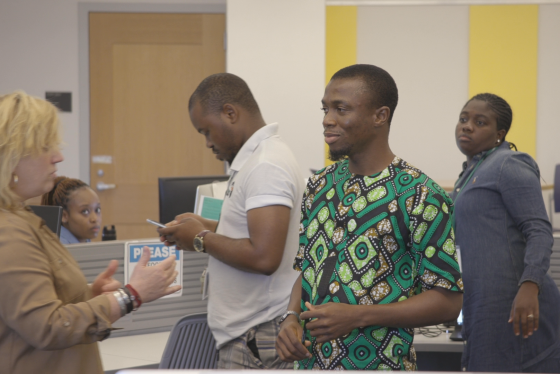