Read the full story by Susan Green, published by the Geisel News Center.

When Olivia Sacks ’19 was 4 years old, she announced her professional intentions to her parents—she wanted to deliver babies. Though prescient, she fell in love with poetry and followed her heart, which eventually led her to Dartmouth and a degree in poetry and literary criticism. 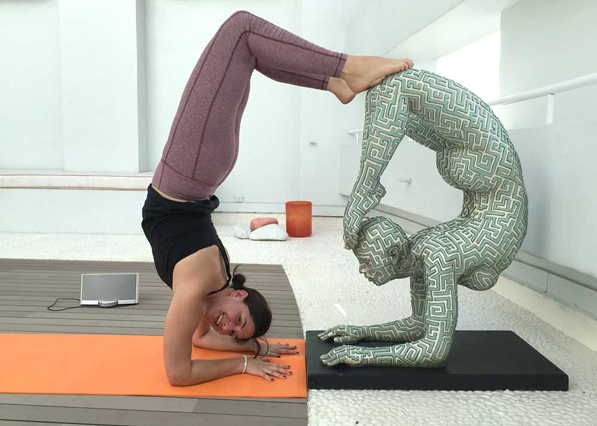 Olivia Sacks ’10, Geisel ’19, says people at the Geisel School of Medicine care about making a difference in the world. And the school’s noncompetitive atmosphere contributes to its supportive, altruistic community and spirit of cooperation. “We are willing to lift each other up if we are stumbling,” she says. (Photo courtesy of the Geisel News Center)

After graduating in 2010 and unsure of what she wanted to do with her life, the adventurous Sacks set off for San Francisco. Though jobless, she headed to California sure of two things: “I didn’t want to live through another winter on the East Coast,” the New York City native laughingly recalls. “And I wasn’t ready for medical school.”

From a personal perspective, Sacks says, her decision to move to San Francisco was one of the best she has made. It allowed her to explore her interests, which ultimately guided her toward medicine.

Sustained by poetry while cycling through various jobs during her four years in the Bay City, Sacks learned something important about herself in the course of teaching yoga: Helping people feel good in their bodies made her happy—she realized she was ready for medical school. “That was my moment, during yoga training, and it was a scary moment,” she says. “Because I identified myself as someone who was humanities oriented, I wasn’t confident I could learn biology and memorize facts. But I was inspired to learn about the body.”

With a clear goal in mind, Sacks enrolled in a post-baccalaureate program in biology. She knew it would be challenging, but drawing on her narrative skills she devised a novel approach to learning. “I remember studying the kidney and thinking how interesting it was—and how it has its own story,” she says. “I realized every organ in the body has its own story, so I crafted a narrative for each one.”