Video: The Hood’s New Director on the Museum’s Future

Growing up near Boston, John Stomberg discovered museums early: the mummies in the Egyptian collection at the Museum of Fine Arts, the hand-blown glass flowers at Harvard’s Peabody Museum. That early exposure still shapes his understanding of the power of objects to teach and transform lives. 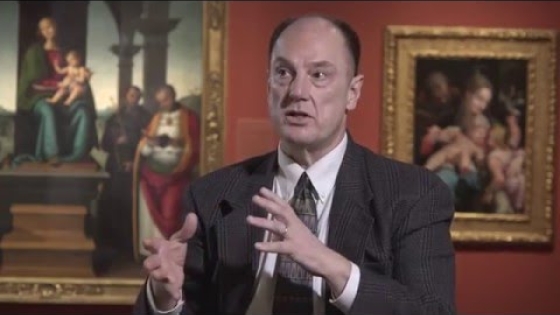 Now, as the inaugural Virginia Rice Kelsey 1961s Director of the Hood Museum of Art, Stomberg is about to oversee the first major expansion and renovation of the museum since the original Charles Moore-designed building opened in 1985.

The museum closes at the end of this term. When it reopens in 2019, the expanded Hood—designed by award-winning architects Tod Williams and Billie Tsien—will have a new facade that proclaims its presence in the heart of campus; five new galleries for displaying the museum’s collection of more the 65,000 objects; space for social gatherings and events; and a state-of-the-art Center for Object-Based Inquiry, where students and faculty can study works up close, from ancient Greek coins to Pablo Picasso prints.

In this video, see what makes the Hood’s teaching mission so special—and learn how the museum is about to become better than ever.