On Earth Day: Working Toward a Sustainable Campus and World

“Energy is one of the most pressing issues of our time,” says President Hanlon. 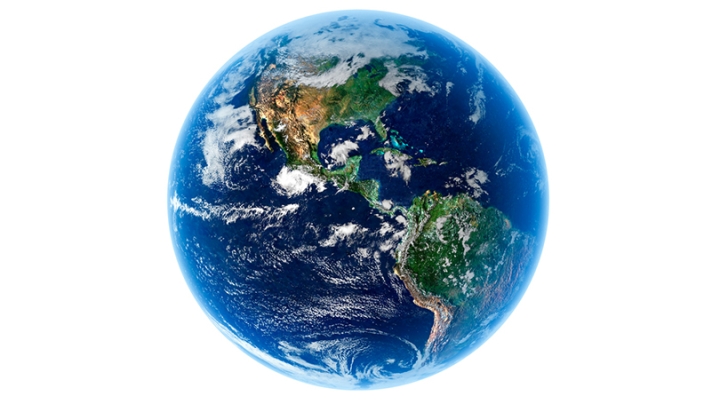 President Phil Hanlon ’77 today announced the appointment of a Sustainability Task Force that will build on the significant progress the College has already made in reducing greenhouse gas emissions and working toward a transition to renewable sources of energy to heat campus buildings.

In appointing the task force, President Hanlon charged the group with spending the next year identifying institutional targets for conservation, efficiency, and the continued reduction of carbon emissions.

“On this day, the 46th celebration of Earth Day, we recognize that energy is one of the most pressing issues of our time. Dartmouth is making a difference through the choices we are making about our operations now and into the future,” says Hanlon.

“As we work on the transformation of our own campus systems to those that are low-carbon and sustainable, we know that the most significant opportunities to impact our global energy future will come from our scholarly research and from the preparation of our graduates to be leaders on this critical issue.”

Andrew Friedland, who holds the Richard and Jane Pearl Professorship in Environmental Studies, and Lisa Hogarty, vice president of campus services, will co-chair the task force. The committee will report back to Hanlon on Earth Day 2017. Faculty members—particularly those with expertise in energy fields—will be appointed to the panel, which will be staffed by Hogarty’s division and by the Office of Sustainability.

“With talented faculty, staff, students, and a strong body of past work, I am confident we can create an innovative, compelling, and dynamic sustainability plan for Dartmouth,” says Friedland, who was on the committee that defined Wright’s 2008 goals.

Hogarty says she is “excited to work with Andy and the task force to create new sustainability goals for Dartmouth and go after more aggressive targets for our greenhouse gas reductions.”

The task force will recommend changes in campus energy, waste, water, buildings, food, and transportation systems as well as a timeframe by which targets in each area are to be achieved. As part of their work, task force members will consider how Dartmouth can lead in developing new systems and programs to reduce the College’s greenhouse gas footprint and address all facets of sustainability. In achieving these operational targets, the group will consult with faculty, staff, and students on ways to incorporate environmental and community stewardship into the Dartmouth experience.

The president’s announcement comes eight years after significant energy goals were set by then-President James Wright. In 2008, Wright said that Dartmouth would reduce greenhouse gas emissions by 20 percent by 2015, and by 30 percent in 2030. By 2015, Dartmouth had reduced greenhouse emissions by almost 22 percent through a program of conservation, efficiency, and upgrading energy systems in its buildings.

“We have already achieved the first of President Wright’s ambitious goals, and we look forward to aggressively pursuing even higher levels of efficiency and conservation,” Hanlon says.

The task force work begins as the College continues to transition away from the use of No. 6 fuel oil—the heaviest, most polluting form of refined petroleum—and toward using renewable sources of energy, such as biomass and solar photovoltaic systems to heat its buildings. Biomass systems burn organic matter such as wood chips and plant matter to produce energy. Solar photovoltaic systems use solar panels to absorb sunlight and convert it into electricity.

One of the newest structures on campus, the Class of 1978 Life Sciences Center is rated as a LEED platinum building, the highest certification in the benchmarking system designating resource efficient “green” buildings. (Photo by John Sherman)

The College currently produces steam heat in a plant located on about one acre of land in the heart of campus, behind the Black Family Visual Arts Center. Steam heat is much less efficient than hot water heat, with only about half the steam heat generated by the plant sent to buildings as useful heat. Steam heat is lost along the way as a result of a number of factors, including the generation process, combustion and inefficiency losses out of the plant’s smokestack, and losses over the five miles of underground steam piping. Hot water retains heat better as it travels through the system and is simpler to operate and maintain, Hogarty says.

“It makes so much sense for us to transition from our 120-year-old heating system to a more flexible, efficient, and environmentally sustainable mode of generating and distributing energy,” Hogarty says. A hot water heating system run on fuel sources other than No. 6 oil could save up to $5 million in overall annual operating costs, she says.

Hogarty says retrofitting Dartmouth’s buildings to use hot water rather than steam heat would take about six years. Such a transition would put Dartmouth at the forefront of how U.S. colleges and universities generate power on their campuses. Most use steam to generate heat.