Ever since she was a little girl growing up on Staten Island, N.Y., Kaya Thomas ’17 has loved to read.

Kaya Thomas ’17 shows the computer app she created, called “We Read Too.” (Photo by Eli Burakian ’00)

“My father would take me to Barnes and Noble every weekend and let me pick out two books to buy,” she recalls. “My parents really tried to find books about kids who looked like me.”

Kids, that is, who are African American. But it wasn’t easy to find books for or about children of color. Back then, Thomas says, there were no online bibliographies of children’s literature searchable by the ethnicity of the author or characters. So she just read everything she could get her hands on.

By the time she reached high school, she had become more selective about the books she read. “I started learning about identity and issues related to feminism and race, and it really opened my eyes a lot,” she says. She was still an avid reader of fiction. But in the young adult section, she found that books about African American teenagers were usually set in poor urban areas, and the plots were often tragic.

“The stories tended to be about young girls getting pregnant, dropping out of school, doing drugs—and don’t get me wrong, those are realities for people, even in my own family. But they weren’t my reality,” Thomas says.

Her reality was to excel in high school and get admitted to Dartmouth by early decision. A whiz at math and science, she got hooked on computer coding. She is now helping other young women of color master that skill, as a mentor for a training program called “Black Girls Code.” Thomas also started a YouTube channel called “Code with Kaya,” which features tutorials aimed at beginners. She’s been honored by First Lady Michelle Obama for her education advocacy.

In 2014 Thomas landed an internship at Time Inc., working on mobile site development for Entertainment Weekly. That’s when she began work on the early stages of what would become her “We Read Too” app.

“I started by searching the Internet for books about people who look like me, and also like Latin Americans and Native Americans,” she says. “It took a very long time to compile that list, and at first I wasn’t sure what to do with it—create a website, maybe.”

Realizing that laptops weren’t easy to bring into a bookstore or library, Thomas developed “We Read Too” as a mobile device app, one that now has over 4,000 users. It showcases more than 500 books written by authors of color and featuring characters of color. On a recent afternoon, she tried it out in the children’s book section of the Dartmouth Bookstore. One of the app’s newest features is called “Discover,” which allows the user to click on an open book icon and get a randomly suggested title.

She taps the icon on her phone and up comes Pisim Finds Her Miskanow, by William Dumas.

“It’s about a young Cree woman who lived in the 1600s,” Thomas reads from her screen. But the book is nowhere to be found in the store, so she starts scanning the shelves, looking for other books on the “We Read Too” list. She doesn’t have much luck at first, but eventually spots a book that shows a brown-faced child on the cover.

“Here’s an interesting one,” she says, pointing to Full Cicada Moon, by Marilyn Hilton. It’s about how 12-year-old Mimi, a girl of mixed heritage, adjusts to life in rural Vermont as she dreams of becoming an astronaut.

Thomas consults the app. “That book is not on my list,” she says. “But we can put it there.” A suggestion feature allows users to recommend books by sending the titles to the developer—in this case, Thomas is sending it to herself.

She finds a few other books that are either on the “We Read Too” list or should be. But she would like to see even more stories about African American, Native American, and Asian American youth—not just in stores, but in libraries. In fact, she says, the whole publishing industry needs to include and promote more non-white authors. And when they do get into print, she would like to see those books more prominently displayed in retail stores and online.

Before Thomas leaves the bookstore, she stops by the magazine rack and flips through this month’s edition of Glamour, checking out the “News and Politics” section. There she finds glossy color photographs and short biographies about young leaders the magazine deems the “Top Ten College Women of 2016.”

She tops the list. Beside a photograph of a smiling Kaya Thomas sitting at a café table beside stacks of books, one short sentence sums up the mission of this 20-year-old computer science major: “I want technology to help kids find life-changing books.” 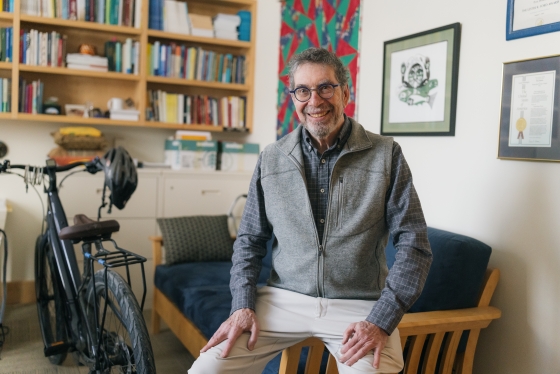