Dartmouth has launched a website to educate students about sexual consent, offering guidelines for interacting with potential partners and avoiding miscommunication or other harmful behavior. 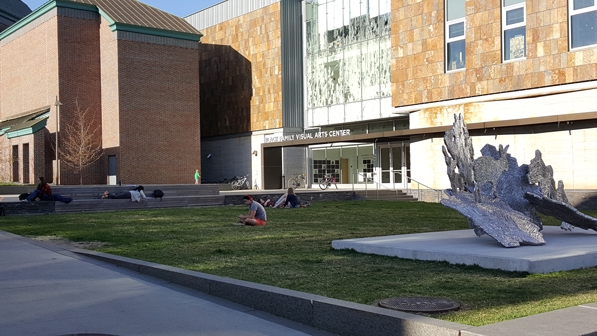 “We hope students will begin to think and talk about what they want—and don’t want—long before they choose to be sexually active,” says the Student Wellness Center’s Amanda Childress. (Photo by Corinne Arndt Girouard)

The new website, originally proposed as a “consent manual,” is part of a slate of proposals presented by President Phil Hanlon ’77 when he introduced the Moving Dartmouth Forward initiative in January 2015. Other Moving Dartmouth Forward programs that have been completed include establishing a residential house system for all students and conducting a campus climate survey.

The initial concept was to create a student conduct guide similar to consent manuals developed at other institutions, but the Dartmouth project evolved into something much more interactive, says Angela Zhang ’12, project and communications coordinator for Student Affairs.

“The working group collaborated closely with students and, based on their feedback, we took the initial proposal to create a manual outlining the rules of consent, and we developed a website that would serve more as a ‘Consent 101’ for undergraduate students to begin a conversation about these issues,” says Zhang.

“The aim was to create something that would be positive, inclusive, and accessible,” she says.

Topics covered on the website include learning some of the ways that consent and interest are conveyed, received, and communicated; the role of alcohol and other drugs in sexual consent; a list of resources both on- and off-campus for students who have questions or concerns; and information about College policies related to sexual assault, dating and domestic violence, stalking, and harassment.

Amanda Childress, assistant director for violence prevention at the Student Wellness Center, says the website is the first phase of an effort to develop a more proactive educational program at Dartmouth focused on communication, healthy relationships, sexual decision making, and sexual health.

“The site is designed for students who have questions about consent, such as how does my college define consent, how do I ask for it, what does it sound like, and what if alcohol or other drugs are involved in a sexual encounter?” Childress says. “We hope students will begin to think and talk about what they want—and don’t want—long before they choose to be sexually active.”

The Student Wellness Center has created the new position of healthy relationships and sexual health specialist to lead this area, help develop programming in conjunction with the site, and expand the work as the center develops a comprehensive sexual violence prevention and education program for students.

The broader sexual violence prevention education plan, also proposed by President Hanlon in his Moving Dartmouth Forward plan, will be phased into the undergraduate experience and is still in early stages of development, Childress says.

“With a project of this magnitude and little to no precedent, it’s going to take at least four years to build a four-year experience in multiple phases,” Childress says.

The project team has already rolled out large-scale pilots last fall during orientation for the Class of 2019, and has been piloting smaller interventions with student groups and the Greek community, athletics, residential life, and the Outing Club, she says.

“We still need to develop a number of new programs and interventions along with a student advisory board, an accountability structure, and an assessment plan,” Childress says. “We’ve intentionally been referring to this as a project knowing that, as time goes by, components will likely change and evolve with the students.”