A total of 1,156 students have accepted Dartmouth’s offers of admission to the Class of 2020, an academically accomplished group that is also one of the most diverse in College history. 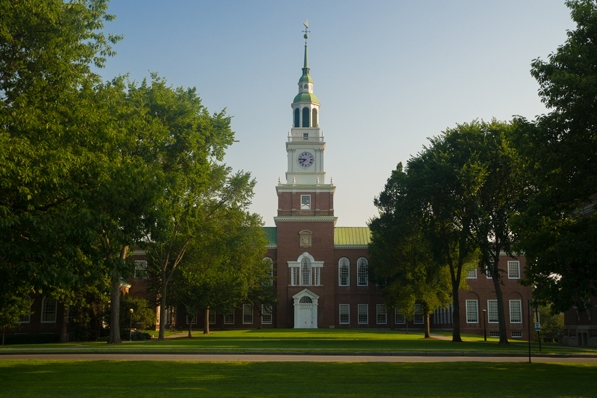 Historically underrepresented students of color—African American, Latino, Native American, and multiracial students—make up just over 23 percent of the students who accepted admission offers, the highest percentage on record for Dartmouth.

International students, representing 40 countries, make up 9 percent of the incoming class, while first-generation students constitute 14 percent of the new matriculating class; both figures are among the highest in the College’s history.

This year’s yield—the percentage of students who plan to matriculate at Dartmouth from the pool of those offered admission—is over 53 percent. The yield percentage represents a three-point increase over last year and is one of the highest in recent years, according to Interim Dean of Admissions and Financial Aid Paul Sunde.

“We are not only seeing a higher percentage of our accepted students choosing to come to Dartmouth, but our spring recruitment efforts have yielded an exceptionally diverse and academically talented group,” says Sunde. “Dartmouth faculty, students, and alumni offered a warm welcome to the accepted ’20s, and it is clear that the class has responded in kind.”

The incoming class, at 51 percent female and 49 percent male, includes a near-record number of women. In addition, the percentage of public school students (57 percent) is at a seven-year high. Fourteen percent of the enrolling students are the children of Dartmouth alumni.

A record number of students will come to Dartmouth from the western United States (25 percent), while the rate of incoming students from the Mid-Atlantic region (24 percent) has declined, and the rates from New England (18 percent) and the South (15 percent) have held steady in recent years.

Among the incoming students from schools that report class rank, 92 percent rank in the top 10 percent of their graduating class. Their mean SAT scores are 719 in critical reading, 724 in math, and 723 in writing, and the mean ACT score is 32.2. All of these data represent increases over last year’s figures.

“We are excited about the cohort of students who will enroll in the Class of 2020, and feel that their wide variety of backgrounds and perspectives will enrich the Dartmouth community,” Sunde says.

Sunde noted that as additional members of the class complete their financial aid forms, the number of aid recipients is expected to climb.

While making their college choice, more than 1,300 accepted students and family members visited campus during the month of April for one- and two-day Dimensions of Dartmouth stays, and hundreds of others participated in events hosted by alumni clubs in nearly 40 cities around the world, including Los Angeles, Chicago, London, and Singapore.

The College offered 2,176 students acceptance to the Class of 2020 out of 20,675 applicants, representing an admission rate of 10.5 percent. The entering class includes 525 students who were either admitted during the early decision process or were admitted to the Class of 2019 but postponed matriculation for a year.

“The composition of the Class will shift slightly over the coming weeks; we are anticipating an entering class of 1,120 in the fall. As we saw a number of members of the Class of 2019 take gap years last year, we expect some of the ’20s to postpone their enrollment and join the Class of 2021,” Sunde says.