The Big Green will compete in the Intercollegiate Sailing Association’s spring national championships. 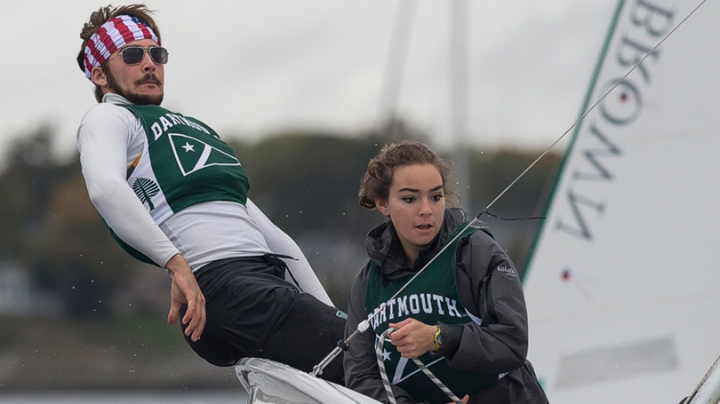 Nathaniel Johansson ’18 and Madeleine Walker ’18 are among the students sailing for Dartmouth. (Photo courtesy of Dartmouth Athletics)
5/25/2016
Body

Read the full story, published May 25, 2016, by Dartmouth Athletics.

The Dartmouth sailing team has sent a contingent of sailors to San Diego, Calif., where the Big Green will compete in the Intercollegiate Sailing Association’s three spring national championships.

On May 24, the Sperry Women’s Championship began four days of competition prior to the Laser Performance Team Race, which begins May 28 and concludes on May 30.

The Gill Coed National Championship takes place May 31 through June 3. After two days of racing that will feature 36 schools split into two groups of 18, the top nine teams from each group will advance to the finals, where the winner will be crowned.