Final Diversity and Inclusivity Forums Look to the Future 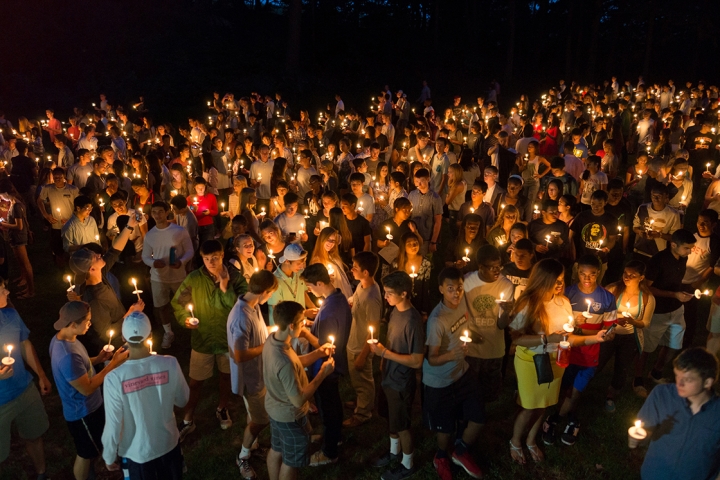 The Inclusive Excellence initiative and the Dartmouth Community Study will result in change across the institution that will help the College excel in a competitive higher education landscape and an increasingly diverse society, promised College leaders at the final forums on diversity and inclusion and campus climate projects that have been in the works since fall.

The last of four community forums was held on Tuesday, as members of an executive committee put the final touches on an action plan they will issue on Friday.

“These two initiatives have the potential to bring profound and lasting change to Dartmouth,” President Phil Hanlon ’77 told more than 100 people in Collis Common Ground at the first of two forums held on Tuesday.

Members of the executive committee—made up of President Hanlon, Provost Carolyn Dever, Executive Vice President Rick Mills, and Vice President for Institutional Diversity and Equity Evelynn Ellis—participated in the final community gatherings. The purpose of the gatherings was to hear comments on recommendations from faculty, staff, and student working groups in the Inclusive Excellence initiative and on the results of a campus climate survey that was administered as part of the Dartmouth Community Study.

The senior leaders emphasized that the action plan they will share at the end of the week won’t be the conclusion of their work, but the beginning of its next phase.

The goal, she said, is to be “accountable to our community for our failures, which we have occasionally, and also for our successes.”

Said Ellis, “This is not the last of the conversation.”

At the forums, members of the executive committee—along with Vice Provost for Academic Initiatives Denise Anthony, who chaired the faculty working group and presented the survey results—fielded questions on a range of topics, including making further use of data from the survey, student safety and wellbeing, racist behavior, faculty tenure and retention, and respect for staff members.

“Not everyone at Dartmouth has the same experience,” Anthony said. “This is a conversation about what it means to be a community.”

“I don’t think that we believe that we are dismissing voices, but we understand that there is pain out there and there are voices that don’t feel that they are being heard, and we are working on that. You can hold us accountable,” Mills told the audience.

In answer to students who questioned his commitment to a bias-free atmosphere, Hanlon was clear. “I value all of you as people. You are incredibly important to us,” he said.