‘Out of Crisis Comes Opportunity’ 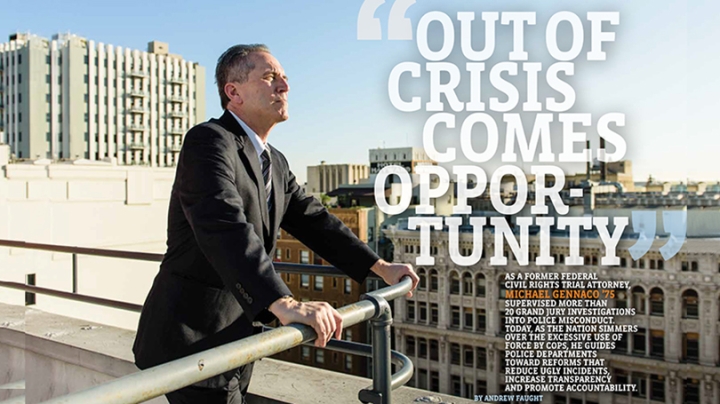 The call came in at 8:23 p.m. on a warm Tuesday in Fullerton, Calif., a complaint not in itself exceptional. A homeless man was jiggling door handles and peering into the windows of parked cars at the city’s downtown bus depot. 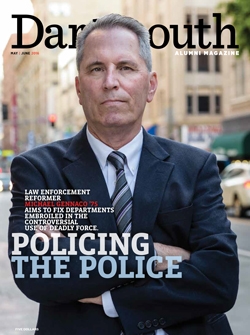 When a pair of officers arrived 14 minutes later they encountered 37-year-old Kelly Thomas, shirtless and wrestling with the demons of paranoid schizophrenia. He was no stranger to police, with scores of contacts mostly limited to trespassing. Sixteen years earlier Thomas had pleaded guilty to an assault with a deadly weapon, but his record bore no other history of violence. In this encounter, Thomas, following orders, sat on a curb as officers searched his backpack.

A nearby surveillance camera provided Exhibit A for what happened next that July 5, 2011. Thomas stood at some point, making sarcastic remarks—the officers later testified he was uncooperative—and a scuffle ensued. “Now see my fists?” one officer barked. ... Words soon melted into deadly force. The video recorded Thomas’ screams of “I can’t breathe!” Cries for his father split the night.

By now, six officers were on the scene. The Orange County district attorney reported that Thomas begged for his life as Taser probes found their target up to five times. Uniforms proceeded to strike Thomas. More than 30 minutes later he was taken to a hospital, where he lapsed into a coma and died five days later from head, face and neck injuries. One of the millions of Americans to watch the video was Michael Gennaco ’75, a former trial attorney for the civil rights division of the U.S. attorney’s office, where he supervised more than 20 federal grand jury investigations into police misconduct. Most of them involved force and in-custody death.

“My immediate reaction as a human was the visceral reaction that anyone would have when viewing police officers using significant force,” Gennaco says of the Thomas tape. “After viewing the video I was determined to learn more.”

And he would. As one of an estimated 100 full-time police “oversight practitioners” in the country (a self-styled appellation Gennaco has helped popularize), Gennaco has put himself squarely in the middle of a debate—emboldened by social media and no dearth of camera phones—about police force and, more to the point, excessive force.

Are you kidding me? I made that movie.