An Intern From Kuwait Finds Moments to Treasure at Dartmouth 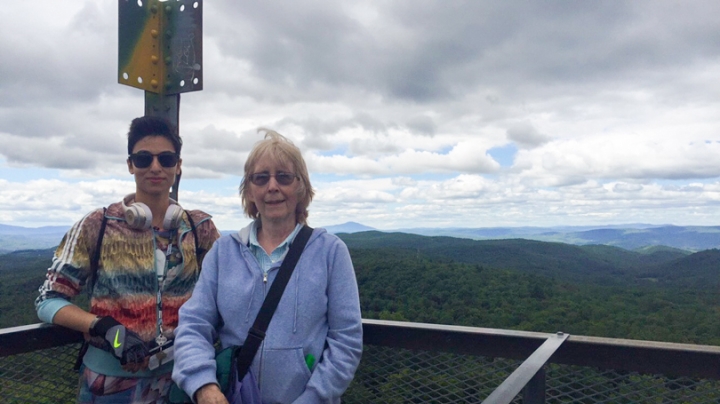 Budour AlAnsari and Elizabeth Hindmarsh, program manager for the Dartmouth-American University of Kuwait Program, pose for a photo at the top of Gile Mountain in Norwich, Vt.
7/22/2016
Body

A senior majoring in English at the American University of Kuwait (AUK), Budour AlAnsari is wrapping up a four-week internship at Dartmouth’s Office of Communications. During her internship, AlAnsari has had a chance to speak with local police officers and officers from the College’s Safety and Security Department. She plans to add their voices, alongside those of Kuwaiti policewomen she will interview, in writing her senior thesis. She plans to become a police officer in Kuwait.

America here I come! I was standing in the U.S. just like my dad was 31 years ago, and I was very proud. It was my first time in the States. And suddenly here I was, a bit confused, and feeling far, far away from my family.

The author makes her first canoe trip up the Connecticut. (Photo by Elizabeth Hindmarsh)

I noticed the American public, the American license plates, their tall buildings, Dunkin Donuts, and the other American signatures. As the Dartmouth Coach picked me up, I was really excited to look out of the windows and see what the real America was like, not the TV version of it.

Even though I only looked at Boston from the windows of the bus, I really liked it. While the coach was near Hanover, all I could see was green after green after green. Hanover seemed like a version of Scotland. The city shared a lot of similarities, such as the structure of the shops lined up next to each other, taking up entire streets, and the all green environment that surrounded me.

After I got settled down in Hanover, Beth Hindmarsh (program manager for the Dartmouth-American University of Kuwait Program), three other students from AUK, and I went for an adventurous hike beside the Connecticut River. Two loose dogs came running up and gave me quite a scare, but in the end I said to myself, I’ll take all the surprises, bring it on!

There even was a sign that said, “UNMAINTAINED TRAIL. USE AT YOUR OWN RISK,” but rather than backing off, I took a snap of the sign and wrote, “I’m going there anyway,” because sometimes sticking to the rules becomes boring. Going the hard way was worth it.  Yes, my heart was beating faster, sweat drops were rolling down my face, I got tackled by the two dogs, and saw a missing pair of trainers, while saying to myself Hannibal the cannibal must have been there at one point, but that didn’t scare me.

At the Office of Communications, I met a lot of people and a lot of firm handshakes were given. Everyone seemed nice and friendly. Every morning as I reached work I would talk to members of the staff and tell them about the updates of my stay. I was given some challenging writing tasks that allowed me to build on my writing skills for the future. And most importantly, when tasks were assigned, I felt a great amount of responsibility, which spurred me to always complete the tasks efficiently and on time.

Not only is the environment friendly in Hanover, but the people are, too. Once, while I was eating my lunch alone in the diner, two Dartmouth students asked if they could join me at the table, which gave me an idea of how friendly the students are here.

When I audited my “What Is History?” class, there was a more challenging environment than the one I’m used to at AUK. The class was diverse. Some of the students who contributed were very energetic, ready to share their ideas with everyone.

The Fourth of July and the Great Outdoors of New Hampshire

I had a blast on the three-day weekend. Each of the days was spent outdoors with adventurous activities. First I went hiking down the Gile Mountain Tower Trail near Norwich, Vt. I climbed all the way up Gile Tower. The view up top offered, as Beth had described, “a 360-degree view of the green hills of Vermont and New Hampshire.”

On the third of July, Beth and I went canoeing on the Connecticut River. I took the front seat and she took the back, and off we went for a nice trip along the beautiful scenery. One thing I would say for sure is that canoeing is a gym of its own!

But the fun didn’t stop there. On the Fourth of July, America’s biggest celebration—Independence Day—I went to the Hanover parade with my colleagues and met a friend of Beth’s named Susie, who took us for a tour, including the activities held on the Green.

After the parade, I had the chance to talk to a firefighter and salute with him, which made a great photo. I hopped into the truck and took a couple of great shots. His name was Captain Mike, and when I had told him that I want to be a cop, his response was, “Don’t be a cop, be a firefighter, way better job, sleep at night, better pay, everybody loves you.” He ended the conversation with a facial expression that signified a full stop—and the idea that there is nothing better than being a firefighter.

Next, I wanted to hop on the truck’s tower ladder, and waited in line for more than two hours. The firefighter who came up top with us was very friendly and told me that he had been to Kuwait, which was great to hear.

The day was just full of events—I couldn’t even catch my breath from one to the other. But the best part was still to come. I was really looking forward to going paddle boarding and kayaking in Storrs Pond in Hanover, although to be honest, I was a bit worried about falling over, especially since I noticed that there were a lot of fish roaming around in the water.

Alone on the paddle board, I was OK and didn’t fall over, but as soon as my colleague jumped on, I lost my balance and unfortunately fell into the water and got soaking wet. But I hadn’t seen anything yet. When my colleague and I went farther into the pond, the number of falls reached 10 plus, and there were numerous times where I was laughing so much because we were terrible at controlling our balance on the paddleboard. Since I was already soaked, I decided I might as well try the kayak and see how that went. I must say, it was a much drier experience. And after reaching the end of the pond and back, my biceps were on fire! I could almost hear my muscles saying, “Chill girl, you’re too fast for me!”

Beth offered to take us to watch the fireworks beside the Connecticut. We managed to capture the setting of the sun until it got dark and the fireworks went “Boom! Boom! Boom!” bursting in all sorts of colors and setting a wonderful view in the sky.

My Ride-Along With an Officer

Going for a patrol ride with an American officer for the first time was pretty exciting for me. Thanks to the Office of Communications effort, I was granted the opportunity to interview and ride with an officer from Dartmouth’s Safety and Security. The officer, whose name is Randy, was very friendly and kind. I even have a photo of us saluting to each other.

When the ride was over, I went to see Sgt. Rebel Roberts (at Safety and Security) and interviewed her with some of the questions I had prepared. We had a great conversation, and surely I have gained a new perspective on certain things regarding the topic of women policing. As a matter of fact, I cannot express how excited I was when Sgt. Roberts was thinking about me wearing one of their uniforms while going patrolling with her one day.

Meeting the Former President of Kosovo

Not only did I interview security officers, but I also had the opportunity to interview the former president of Kosovo, Madam President Atifete Jahjaga, also a former policewoman. (Jahjaga was at Dartmouth as a Montgomery fellow.) I must say that her responses were very encouraging. Instead of saying, “yes, policemen are better than policewomen,” as many people think, her response was empowering to women. She said that “some policewomen are just as good as the men, if not better,” and she always had that sense of breaking the boundaries for the better.

Sergeant for a Day

As they always say, “save the best for last.” My last weekend was my best weekend. I had extraordinary opportunities. One was interviewing a Hartford policewoman, who offered to give me a tour of the police station, which provided me with great insight and gave me an idea of what to expect in my work field for the future.

And the second and greatest opportunity I had was being a sergeant for a day! Noticing my enthusiasm, Sgt. Rebel said I would make an outstanding policewoman.  She always energized me with inspiring and motivating words every time I saw her. I must say that Sgt. Rebel is one of the kindest people I met at Dartmouth’s Safety and Security Department; in fact, she will never be forgotten. I officially consider her my first partner in the policing field.

Now, when I leave Dartmouth this week, I leave proud, motivated, and inspired.

And although I’m not a sergeant yet, and have no badge or star over my shoulder, I consider myself armed with Sgt. Rebel’s and Officer Randy’s powerful and encouraging words. And no, my police weaponry belt doesn’t hold a gun, taser, mace, or a pair of handcuffs, but each holder on that belt is equipped with a distinguished weapon, that is the voices, memories and words of advice from each and every police official I have met here. 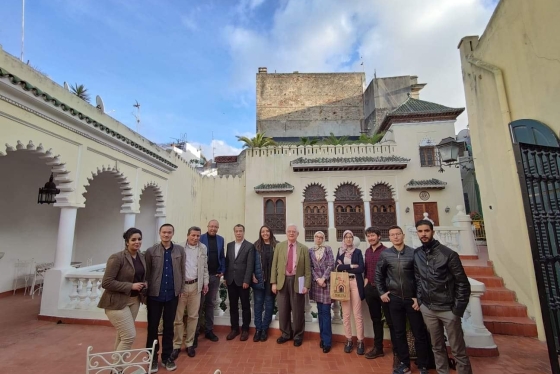 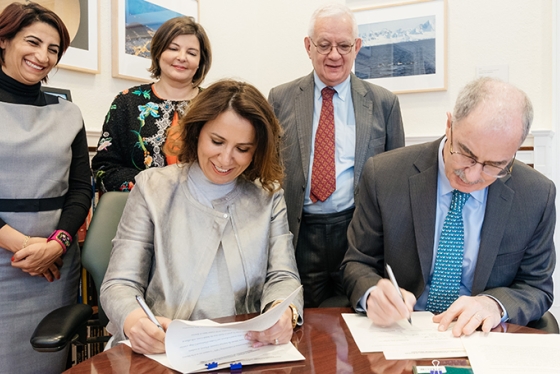