After Rio: Paul Christesen ’88 on the Future of the Olympics

A classics professor discusses what Olympics organizers can learn from ancient Greece. 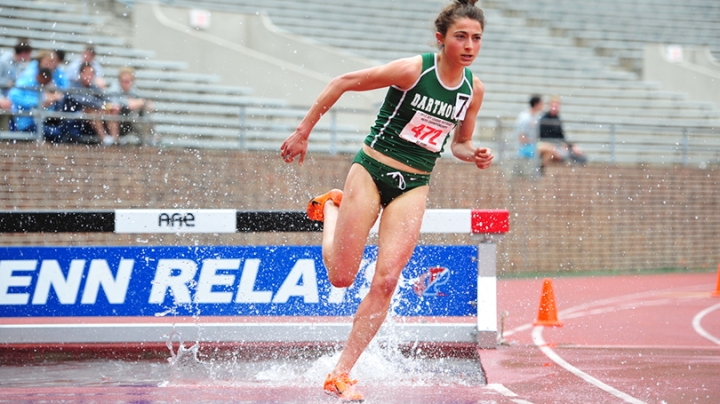 The first-ever Olympic games to be held in South America got underway in Rio de Janeiro last week amid athletes’ hopes and dreams (several Dartmouth competitors among them)—and concerns about the Zika virus, contaminated water, and a host of other anticipated problems.

But even as games begin, the International Olympics Committee (IOC) is looking to the future—and enlisting people like Paul Christesen ’88, a historian of ancient Greece, for ideas.

In a recent opinion piece in The Conversation, Christesen suggests what seems like a radical reform: to disperse Olympic events among several cities around the world, rather than the current model, in which one city bears all the burden—$20 billion, in the case of the Rio games.

It’s an idea that was put forward in 2014, when the IOC was soliciting proposals for reform in an initiative known as Olympic Agenda 2020—and which, Christesen says, is becoming more viable as fewer cities are willing to put in bids for future games.

Dartmouth News caught up with Christesen to discuss this proposal, and talk about lessons the organizers of the modern Olympics can learn from the ancient Greeks.

Do the Olympics need reform?

The IOC was founded as a peace movement, and that’s a big deal for them. But if you are looking for countries willing to put up $20 billion to host the Olympics, they tend to be places like Russia, China, Kazakhstan, which want to do it not to build international understanding or promote human rights or gender equality, but because they want to put on this grandiose display of focused nationalism. And that’s exactly what the Olympics are not about.

Could a plan to disperse the Olympics among several cities actually happen?

No one at the academy thought the IOC was going to say yes right off the bat. The IOC is a lot like any big organization—it has a mission, it’s had that mission for over 100 years, and there are a lot of stakeholders. You can’t just turn the ocean liner 90 degrees in 10 minutes. But since Agenda 2020, all these cities pulled out—Hamburg, Boston, Oslo, Krakow. So they’re running out of options. I think they’re feeling more pressure now to consider some more radical solutions.

What would surprise modern participants about the ancient games?

One, there were no team events. For the Greeks, sports was all about social status, individually—who’s better than who. And all the events, except the horse races, were conducted in the nude, for a variety of reasons that are very complicated to understand. A third thing is that the ancient Olympics were deeply embedded in religion. The ancient Olympics lasted five days, and the third day there were no sports—it was all a big sacrifice to Zeus. And you couldn’t compete in the Olympics unless you were a Greek. It was Greeks celebrating the things that made them Greek.

Sports made them Greek?

Ancient Greeks were fanatics about their sports in a way that very few cultures historically have been. Playing sports, especially in the nude, was such a weird custom that it became an identifier of being Greek.

What do we have to learn about the games from the ancient Greeks?

There’s nothing special about the Greeks—they’re good at some things and bad at others. But by random accident, they did a lot of stuff for the first time, and then they theorized a lot about it. Almost any problem you can come up with, the Greeks thought about it. This is a relatively new problem for us: how to run big international sporting events. But the Greeks ran the Olympics for 1,200 years, so they had this enormous time depth of lots of very smart people, like Aristotle, thinking about how you do this.

Can you give an example of how they might have approached challenges like those the IOC is confronting today?

For instance, they had a big problem with corruption. People would bribe their opponents—you throw the match and I’ll give you a chunk of money. So they came up with all sorts of countermeasures, among which was public shaming. If they caught you, they fined you, and then you had to erect a statue at Olympia that said “I cheated.” The idea was, if you want to cheat, you have to risk being humiliated forever.

Another interesting connection: The IOC is deeply worried about doping. One thing they’ve started to discuss is to stop keeping records—to change the distances for everything and to refuse to keep times, the idea being that without Olympic records at stake, people would be less inclined to dope. I’m skeptical, but interestingly, the Greeks never kept records. They didn’t care if you were running precisely the same distance; the question was who is the best of those on the track right now, today. People are talking about going back to that. It’s not obvious that people would be happy about it, but it’s interesting that they’re thinking about solutions that go back to the Greek system.

What would Aristotle have said about the idea of dispersing the games?

He would probably be a fan of dispersal. There’s a Greek model for this. Every city-state—about 1,000 of them—held their own local competitions every year. But there were four big competitions that attracted competitors from all over the Greek world. The one at Olympia is the oldest, but there’s Delphi, Isthmia, and Nemea. They end up in a very clear chronological pattern so that they never overlap. It reduced the burden on each.