Hanlon to Serve on Guggenheim Advisory Board

President Hanlon joins the board that reviews Guggenheim Fellowship applications. 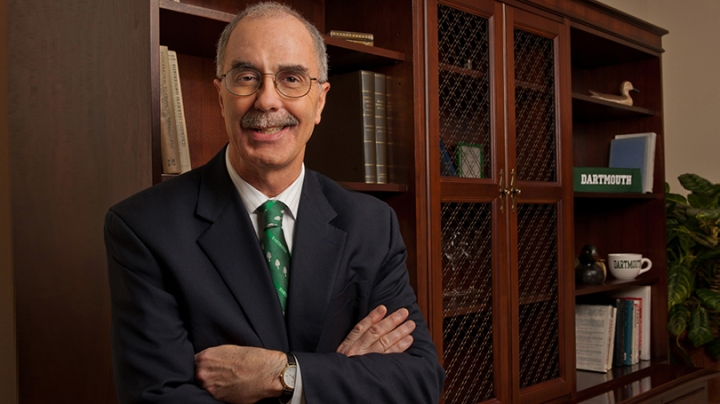 President Phil Hanlon ’77 will serve on the Guggenheim foundation’s educational advisory board, which is made up of 36 former Guggenheim Fellows who are appointed for four-year, renewable terms (Photo by Maryanne Russell)
8/11/2016
Body

President Phil Hanlon ’77 has been appointed a member of the educational advisory board of the John Simon Guggenheim Memorial Foundation, which awards the celebrated Guggenheim Fellowship to exceptional mid-career artists and scholars.

“I’m delighted to be joining the educational advisory board of the Guggenheim Memorial Foundation,” says Hanlon, who received a Guggenheim Fellowship in 1992. “It’s truly an honor to serve in this capacity and support the Guggenheim’s efforts to identify and encourage individuals whose achievements, both academically and creatively, show unlimited potential.”

The educational advisory board is made up of 36 former Guggenheim Fellows who are appointed for four-year, renewable terms. Each year the board reviews nearly 4,000 fellowship applications, out of which a standing committee selects finalists to put forward to the foundation’s board of trustees.

The Guggenheim Foundation was established in 1925 by U.S. Sen. Simon Guggenheim and his wife as a memorial to their son, who had died three years before. Today the foundation awards approximately 200 fellowships every year to citizens and permanent residents of the United States, Canada, and Latin American and Caribbean nations.

Several members of the Dartmouth faculty have received the fellowship, including, this year, English professor Cynthia Huntington, the Frederick Sessions Beebe ’35 Professor in the Art of Writing; and history professor Darrin McMahon, the Mary Brinsmead Wheelock Professor.

Other recent recipients include Peter Tse ’84, a professor of psychological and brain sciences; Susannah Heschel, the Eli Black Professor of Jewish Studies; and Cleopatra Mathis, who recently retired as the Frederick Sessions Beebe ’35 Professor in the Art of Writing.