An Update on Zika Virus: Q&A With Geisel’s Elizabeth Talbot

With the Olympics being held in Brazil, public concern over the Zika virus has increased. 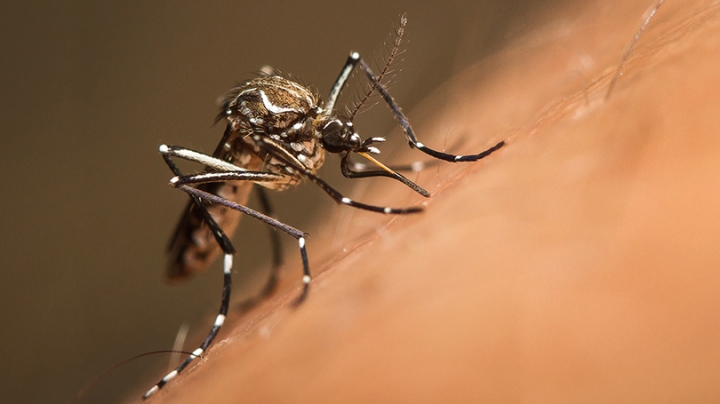 Zika virus is primarily transmitted to people through the bite of an infected mosquito from the Aedes genus, mainly Aedes aegypti in tropical regions. (Photo by World Health Organization, Shutterstock)
8/17/2016
Body

Read the full story by Timothy Dean, published by the Geisel School of Medicine.

With the Summer Olympics in Rio de Janeiro now underway and an unprecedented travel warning issued last week in Miami by the Centers for Disease Control and Prevention (CDC)—public awareness and concern over the Zika virus has likely hit an all-time high.

While the World Health Organization, the CDC, and national ministries of health have continued their coordinated efforts to better understand, track, and contain this mosquito-borne epidemic, it remains a public health threat—primarily to pregnant women through its association with severe birth defects.

To date, local transmission of Zika has been reported in 65 countries (since 2015). Here in the U.S., all but four states have now reported cases of the virus, the vast majority coming from travel to other countries where Zika is actively circulating.

Elizabeth Talbot is an associate professor of medicine at the Geisel School of Medicine who specializes in infectious disease and international health at Dartmouth-Hitchcock and also serves as New Hampshire’s deputy state epidemiologist; she shares the latest on what the scientific and medical communities are learning about Zika.

Question: Prior to the start of the Games, some voiced the concern that Rio might pose a high risk for athletes and visitors and serve as a mechanism for spreading the epidemic. Do you share those concerns?

Talbot: Risk is decreasing compared to several months ago. Brazil is reporting a decline in cases of Zika infection, in part because it’s the dry season and there is a tremendous effort being made to reduce the vector. And, there’s so much going on at the Olympics to help keep athletes and visitors safe and to educate them so that they can protect themselves.

I’m also very reassured by some of the mathematical modeling that the CDC has done, which shows that travel for the Olympics represents a tiny fraction of the total estimated travel volumes to Zika-affected countries, and that the risk of introducing Zika to a currently uninfected area is extremely small.

So the international decision to go forward with the Games seems justified to my reading.