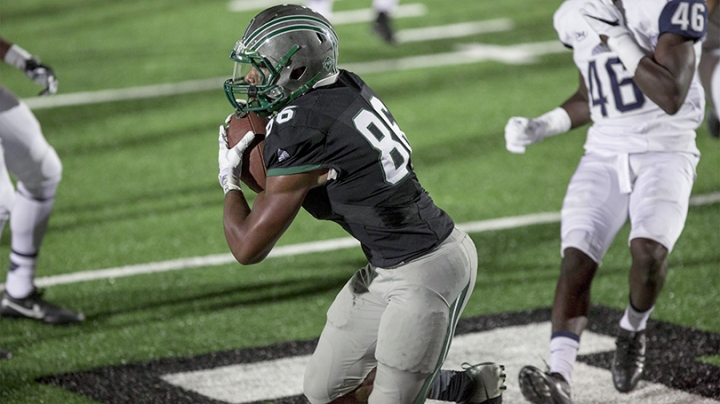 Dartmouth football snapped a 40-year losing streak against the University of New Hampshire Wildcats, putting up a field goal and two touchdowns in the fourth quarter for a 22-21 victory at Memorial Field on Saturday.

“There are a lot of guys who haven’t played a whole lot of football, and in that situation you can start questioning yourself, doubting yourself, but that didn’t happen. It was, ‘Hey, let’s go take care of business.’ I’m very proud of them,” Teevens says.