President Obama said at a White House reception Thursday that he and Michelle Obama are “in awe” of the sportsmanship and character displayed by Abbey D’Agostino ’14 at the 2016 Olympic Games.

Speaking at an event honoring the U.S. Olympic and Paralympic teams, Obama said, “Some of you saw when Abbey collided on the track with another runner, tearing her ACL. Abbey popped up, reached out her hands to her competitor and said, ‘Get up, we have to finish this race.’ ” Then, pausing for emphasis, he continued, “ ‘We have to finish this race.’ And that’s a remarkable sentiment in the middle of an individual event. But that’s exactly what the Olympic spirit and the American spirit should be all about.”

D’Agostino is recovering from Sept. 6 surgery and was not able to attend the White House reception. In an email sent after the event, D’Agostino said, “Hearing my name (pronounced correctly!) emerge from President Obama’s mouth was both a shock and an honor. How humbling to be associated with not only Olympic, but ‘American values.’ I remain amazed and grateful for how God has used me in bringing his character into the public eye.”

The world was introduced to Abbey D’Agostino ’14 as a symbol of the Olympic spirit on Aug. 16 when she helped competitor Nikki Hamblin of New Zealand to her feet after the two tripped and fell hard during the women’s 5000-meter qualifying race at the Rio Games.

Both women finished the race, D’Agostino running nearly a mile with what she later learned was a torn ACL, MCL, and meniscus.

“Abbey is working hard with rehab and all indications are she is ahead of schedule. She has started to drive again and will actually serve as the grand marshal for her hometown parade this weekend at the Topsfield Fair,” says Chris Layne, D’Agostino’s sports agent.

D’Agostino was widely recognized in the media for her sportsmanship at the Olympics. In a statement released by USA Track and Field shortly after the race, she said, “Although my actions were instinctual at that moment, the only way I can and have rationalized it is that God prepared my heart to respond that way. This whole time here he's made clear to me that my experience in Rio was going to be about more than my race performance—and as soon as Nikki got up, I knew that was it.”

Some of the honors she has received since the race include the chance to throw out a first pitch with other Massachusetts Olympians at a Boston Red Sox home game on Aug. 26, and her selection for the Fair Play award, granted by the International Olympic Committee to both D’Agostino and Hamblin, the New Zealand runner she encouraged to finish. 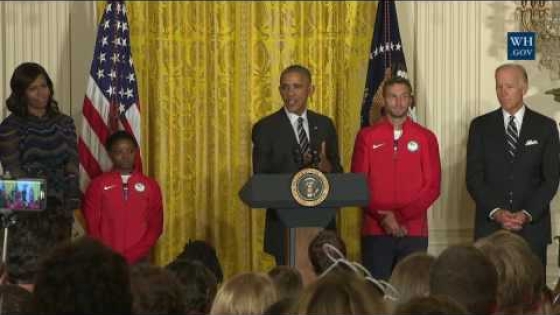