A new website details the action Dartmouth is taking toward its diversity goals. 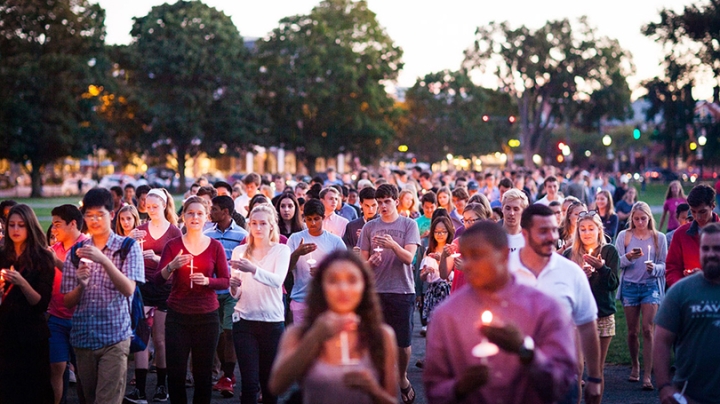 Dartmouth is making progress toward goals outlined last spring in an action plan to improve the College’s climate of inclusion and diversity, says Evelynn Ellis, vice president for institutional diversity and equity.

The plan—based on the recommendations of three working groups focused on faculty, staff, and students—calls for increasing faculty and staff diversity, tangible steps to build a more inclusive community, and an effort to learn from Dartmouth’s past. It also calls for transparency in how the College measures and reports on diversity, and holds College leadership accountable for meeting the plan’s goals.

Ellis says an executive committee made up of President Phil Hanlon ’77, Provost Carolyn Dever, Executive Vice President Rick Mills, and Ellis collaborated with other working groups “throughout the summer to advance initiatives that could be addressed immediately.”

Top of the list was launching a new Inclusive Excellence website that details the plan’s goals and tracks the College’s progress toward them. The website launched last week.

“The status of multiple major initiatives related to faculty and staff recruitment, retention, training, as well as review of the tenure process, can be reviewed on the new site,” Ellis says, noting that every page includes a form for comments. “I strongly encourage students, staff, and faculty to visit the site and provide input as often as they choose.”

Other actions that the College has already taken include doubling—from $1 million to $2 million annually—the funding available to recruit underrepresented faculty. These funds support the development of a pipeline of talented, diverse candidates as well as professional development opportunities and networking and outreach opportunities. The funds are a key component of Dartmouth’s plan to increase the percentage of underrepresented tenure-track faculty from 16 percent to 25 percent by 2020.

“It’s not enough to hire talented faculty and staff from underrepresented groups—we want them and their families to feel at home here in the Upper Valley,” says Ellis. “ERNs are wonderful tools to help people with shared experiences find a supportive network and build community.”

Current ERN groups include the Black Caucus, the Asian Pacific Islander Caucus, the LGBT network, EmpowHer (for women of color), and the Latinx Hispanic Council.

For students, the plan calls for discussion of diversity and inclusion to be built into the College’s new residential system of house communities, which launched at the beginning of fall term. During the current academic year, the six houses will each host at least one program on diversity and inclusion every term, incorporate these topics into a curriculum for first-year students, and form a team of students to organize events and conversations about social justice that will be connected to the College’s celebrations of Martin Luther King Jr.

“The house communities are designed to be places where students live and work together across differences,” says Dean of the College Rebecca Biron, who is the house professor of the North Park community. “The aim of this programming is to give students tools to better engage each other’s differences and discover common ground.”

Conversation about inclusion is key for the whole community, says Ellis. Last spring, the College hosted four community forums on diversity and inclusion, and Ellis says she looks forward to similar forums this year. “The campus climate and the national climate demand a continuous community discussion,” she says.