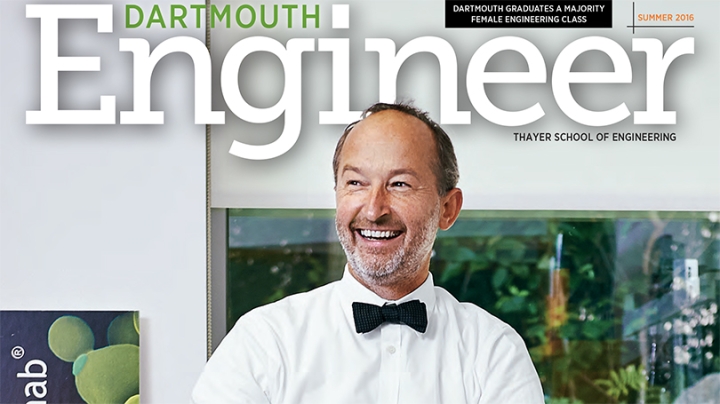 Professor Tillman Gerngross in his office at Adimab, one of the five companies he has started.
10/07/2016
Body

Guided by Thayer professor and entrepreneur Tillman Gerngross, Dartmouth recently gave faculty members greater control over inventions and startups stemming from their academic research. Designed to spur entrepreneurial ventures, Dartmouth’s new approach to intellectual property allows professors to retain the rights to their patents in exchange for a 4 percent equity stake in new companies. If professors prefer, they can opt for the old model, in which Dartmouth owns patent rights.

The change makes Dartmouth a trailblazer, as most American colleges and universities have yet to hand over patent rights to professors, says Gerngross, who just finished a three-year term as vice provost of Dartmouth’s Office of Entrepreneurship & Technology Transfer.

“When I came to Thayer in 1998, entrepreneurship was something that was tolerated, and before that, in the 1990s, I’ve even heard it was frowned upon. Today, it is celebrated,” says Gerngross, the founder of five biotech companies since 2000. In fact, today 33 percent of Thayer’s tenure-track faculty have founded or cofounded companies.