Memorial Service for Chris Vale ’18 to Be Held Sunday 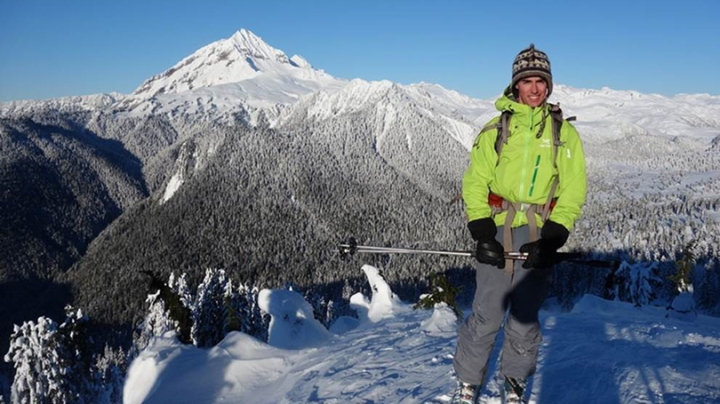 Close friends from across the Dartmouth campus and beyond have planned a memorial service this Sunday, Oct. 23, to celebrate the life of Christopher Vale ’18, who died Sept. 5 in a climbing accident in Yosemite National Park.

Vale is survived by his parents, Ron Vale and Karen Dell, and a younger sister, Sophie, in his hometown of Tiburon, Calif., and remembered by many friends from the Dartmouth Outing Club, the College climbing community, the engineering program, and across the College. He was 21.

His friends invite the Dartmouth community to join them at the Dartmouth Outing Club House on Occom Pond at 4:30 p.m. on Sunday. Students ask that attendees dress colorfully and casually as a nod to their friend’s laidback spirit. President Phil Hanlon ’77 and friends of Vale’s will offer remarks at a brief service. A reception will follow.

At Dartmouth, Vale was a leader in the mountaineering community who traveled widely to take on some of the most difficult climbs in the world, while readily sharing his time to teach and inspire other climbers. He died doing what he loved, climbing the West Face of El Capitan in Yosemite Valley, which was “his favorite place in the world,” friends say.

In a letter to members of the Dartmouth Mountaineering Club shortly after Vale’s death, Daniel Propp ’18 and Ian Raphael ’18, wrote:

“Even in his last moments, Chris was magnificently, uniquely, unapologetically himself. He lived his life by his own rules. He knew what he loved and he was unafraid to pursue it. And, as anyone who knew him can attest, he absolutely crushed it—there is no other way to put it. But if there was one thing he loved more than outdoor adventuring, it was sharing his world with someone else.”

Vale brought the same enthusiasm to his work as an engineering major, classmates say. As a student in an introductory engineering class, Vale, with partners William Romness ’18, Brett Seeley-Hacker ’18, Trammell Saltzgaber ’18, and Andrew Werchniak ’18, created the BivyPac, an ultra-lightweight backpack that doubles as a one-person tent in severe conditions. The team later founded the company Still North Systems and brought the BivyPac to market.

Vale’s friends are exploring ideas for a memorial fund to honor his life and passions.

The message to the Mountaineering Club concluded, “For all of us, Chris was an incredibly positive presence on campus. Everyone who knew him can describe a time when running into Chris brightened their day. With his honesty and his wit, I doubt there is anyone Chris could not have made smile. And it hurts me beyond words to know that he will no longer be there when I return.”