The scholar’s work focuses on what makes minority students successful. 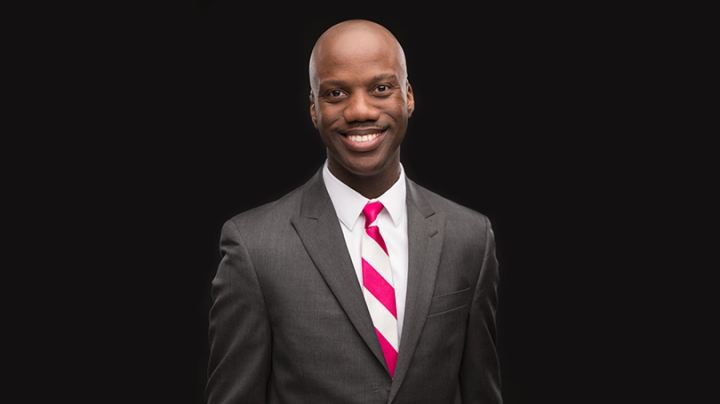 Shaun Harper, founder and executive director of the Center for the Study of Race and Equity in Education at the University of Pennsylvania, will lead an outside board of experts helping to hold Dartmouth accountable for its plan to improve diversity and inclusivity on campus.

The appointment was announced last week in an email to the community from the Executive Committee on Inclusive Excellence, which includes President Phil Hanlon ’77, Provost Carolyn Dever, Executive Vice President Rick Mills, and Vice President for Institutional Diversity and Equity Evelynn Ellis.

President Hanlon outlined the College’s action plan for inclusion and diversity last spring. The plan, and Dartmouth’s progress toward its specific goals, is available on the Inclusive Excellence website, which was launched in September.

Appointing Harper to lead the external review committee is a key part of the process, says Ellis.

“It’s hard to judge your own progress,” Ellis says. “All of us want to believe that we’re making giant steps forward. So we’re better served if we have a qualified person from the outside to give us an objective look.”

Harper is a national leader on the issue of diversity and inclusion in higher education. An accomplished scholar who has authored more than 100 peer-reviewed articles, he has examined race and gender in education and social contexts, equity trends and racial climates on college campuses, black and Latino male student success in high school and higher education, and college student engagement. He is a member of President Obama’s My Brother’s Keeper advisory council, and this year Education Week recognized him as one of the 12 most influential professors in the field of education.

“Dr. Harper has spent his career working with diverse students, faculty, and staff, and his research centers around strategies for minority student success in predominantly white institutions,” says Ellis. “I think we can learn so much from working with him.”

Of Harper’s research, Ellis says, “If you’re reading about minority students at predominantly white institutions, most of the stories you read are about all of the negatives—how many fail, why they fail, why it’s so hard. What Dr. Harper has done over the years is turn it around. He’s said, what about the thousands who are successful? What makes them successful? Let’s share that with other students, professors, and staff so that they can take the best practices and help thousands and thousands of others be successful. I want that to be more of what we do at Dartmouth. We know what’s wrong. OK, let’s do what’s right.”

Beginning in the spring of 2017 the external review board, led by Harper, will report once a year to the board of trustees. The review board, whose other members will be named later this year, will help determine its method of assessment, which will likely include campus visits and discussion with members of the community.

As work toward the goals outlined in the action plan continues, the College community is taking steps, large and small, to improve the climate on campus for students, faculty, and staff. Some of that work is underway, including efforts to build discussion of diversity and inclusion into the new house community system. Dartmouth has also increased funding to support the recruitment of underrepresented faculty and to support Employee Resource Networks, which are helping faculty and staff from underrepresented groups connect with each other and build local social support systems.

As the College begins these efforts, last week’s email acknowledged that polarizing events outside of Dartmouth have the power to affect the wellbeing of individuals within the community. To help people cope and connect with each other, the College has dedicated time in Rollins Chapel for community members to come together to reflect on these issues, on Tuesdays from noon to 2 p.m. for the remainder of the fall term. The chapel will still be open for its regular hours: 7 a.m. to 11 p.m., seven days a week.

“It’s always helpful in stressful times to encourage people to take time to reflect and slow down,” Ellis says. “Any time you can dedicate to healing yourself makes you a stronger person to help other people heal. And oftentimes we have to give people the OK—to say, it’s OK that you need to do that. You need to take care of yourself during these times. And we want Dartmouth to be a part of helping people take care of themselves.”