On Saturday, men’s soccer has a chance to clinch its third consecutive Ivy League championship. 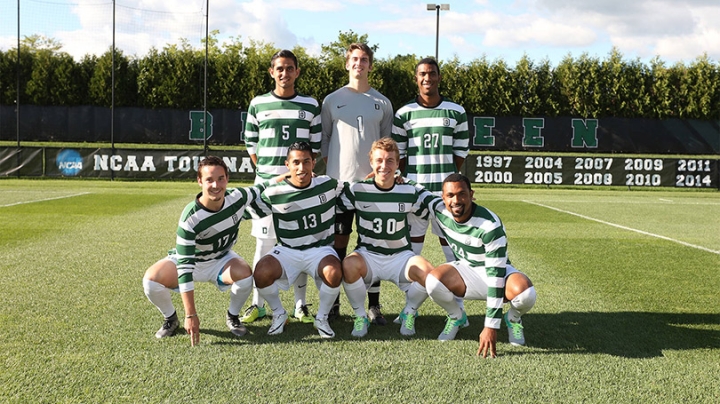 Last Saturday night, Henry Baldwin ’20 scored his first career goal, as the Dartmouth men’s soccer team defeated Cornell. With the victory, the Big Green improved to 7-4-5, 4-1-1 in the Ivy League, while the Big Red fell to 1-13-2, 0-6-0 in conference play.

“Firstly I am very proud of the squad,” says Bobby Clark Head Coach of Men’s Soccer, Chad Riley. “The entire group has been focused, and it certainly takes a real squad to win games. We have had good training sessions all week, and we were able to get a result against a tough Cornell team. We knew it was going to be a very difficult match, and a lot of credit to Cornell as they are a good team. You have to find ways to win in November, and again I am proud of the squad, they kept positive and found a way.”

The Big Green controlled the pace of play for the majority of the match, outshooting the Big Red, 22-11, and holding a 4-3 edge in corner kicks. In the first half, Dartmouth came out hungry for the all-important first score when Eduvie Ikoba nearly netted his first of the season, but Cornell’s goalkeeper, Ryan Shellow made the stop. Eight minutes later Ikoba set up Dartmouth senior captain, Emmanuel Arteaga for a scoring chance, but Arteaga’s shot went wide. Neither team scored in the first half which set up the crucial second stanza. In the 48th minute, Matt Greer lined up for a corner kick on the far side, sending the ball into the box. Baldwin was in the right place to head in the loose ball for his first career goal in a Big Green uniform.