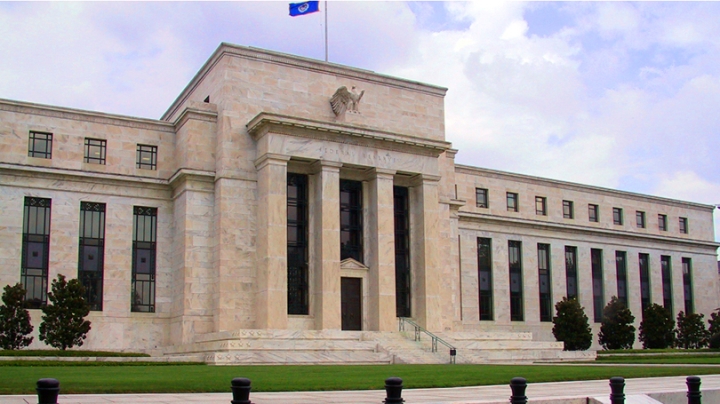 A team of Dartmouth undergraduates is traveling to Washington, D.C., this week to deliberate on the pros and cons of an interest rate hike in a session with Federal Reserve chair Janet Yellen and a panel of Fed economists.

The students earned the chance to debate monetary policy at the Federal Reserve Bank by taking first place in the regional Fed Challenge competition at the Boston Fed Bank earlier this month. On Dec. 1, the Dartmouth team will face four other district champions, from New York, Philadelphia, Richmond, and Chicago, all vying for first place in the national college Fed Challenge competition at the Board of Governor’s building in the nation’s capital. Yellen will introduce the teams and Fed economists will judge the competition.

“After being second on four previous occasions, we finally will be going to the national finals,” says Frank Zarnowski, a visiting professor in economics who coaches the Dartmouth Fed Challenge team along with Elisabeth Curtis, a senior lecturer in economics.

The Dartmouth competitors—Brianna Ager ’17, Sam Libby ’17, Kevin Zhang ’17, Joseph Bernstein ’17, and Joshua Ufland ’18, with Erin Mulrooney ’17 operating the audiovisuals—defeated the two teams that had edged them out in the last four regional competitions: Bentley and Harvard.

Curtis, who has taught the economics department’s Federal Reserve monetary policy class that makes up the Dartmouth Fed Challenge team for nearly a decade, says every year presents a different set of economic variables.

“At the outset, we focus our energies on learning all there is to learn about how the Fed operates, the decisions the Fed makes, how the economy’s behaving, a whole range of factors,” Curtis says. “So even though I teach Fed Challenge every fall, the course dynamic changes, the economic environment that we’re studying changes, and I am always getting a brand-new group of students.”

Zhang attributed the team’s success to the intelligence, motivation, and passion of his teammates and teachers.

“The Fed Challenge was one of the best experiences I've had at Dartmouth,” Zhang says. “Irrespective of the outcome in D.C., we all dove into monetary policy in the United States and at the Fed and came out with an up-to-date, nuanced view of the complexities of our financial system, our economy, and our monetary policy.”