Pamela Peedin to Step Down as CIO; Search Underway 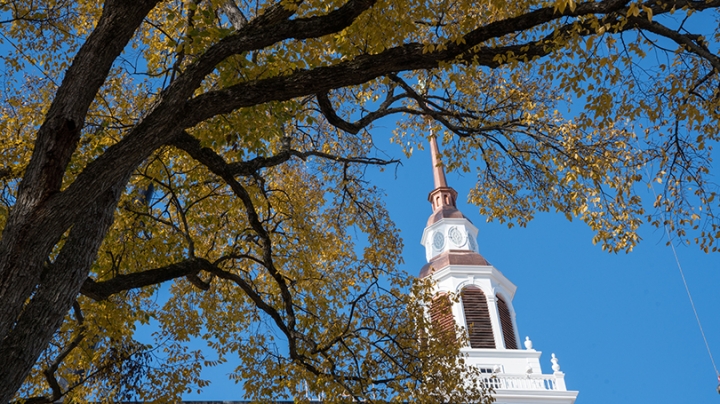 After more than six years as Dartmouth’s chief investment officer, Pamela Peedin ’89, Tuck ’98, will step down in June 2017, the end of the fiscal year. A search for Dartmouth’s next CIO is underway.

Peedin decided to leave the position to spend time with her husband and their two teenage sons before the boys head to college, she said.

“This was not an easy decision for me,” says Peedin. “I do work I love for an institution I love. I am fortunate that I can make this choice and grateful for the incredible opportunity to lead a talented investment office and help support Dartmouth’s mission.”

President Phil Hanlon ’77 says Dartmouth has been fortunate to have Peedin oversee management of the endowment, which on June 30 was valued at $4.5 billion.

“Pam has brought great skill, discipline, and rigor to her role in managing the endowment,” says Hanlon. “She has also brought great success. She will be greatly missed, but we respect the decision she’s made.”

“Pam’s leadership over the past five years has been extraordinary. The strong organization she has built in the investment office and the success of the endowment position Dartmouth for continued success and will help us attract our next great CIO,” he says.

The average annualized endowment returns for three-, five-, and 10-year periods ending June 30 have been 8.7 percent, 8.8 percent, and 7.2 percent respectively, all of which are in the top ranks of college and university peers.

The College has hired executive search firm David Barrett Partners to assist with the search. Kimball, a founding general partner of the growth equity firm Technology Crossover Ventures, will chair the search committee and work with search committee members Trustee Beth Cogan Fascitelli ’80 and Alice Ruth ’83, both members of the board’s investment committee.

Fascitelli is a managing director and partner at the Goldman Sachs Group and Ruth is chief investment officer at Willett Advisors, which manages the philanthropic assets of former New York Mayor Michael Bloomberg and Bloomberg Philanthropies.

Before starting work at Dartmouth in February 2011, Peedin served as chief investment officer at Boston University, where she established the institution’s investment office and managed its portfolio, then valued at $1 billion. Before that, Peedin worked at the investment-consulting firm Cambridge Associates, where she directed assets for a number of organizations, schools, and foundations.