Dartmouth women’s rugby will compete Sunday in the Ivy Championship at Harvard. 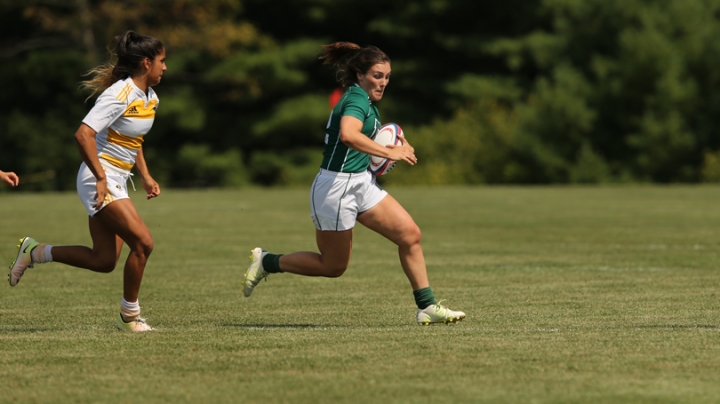 At the semifinal, Dartmouth’s Frankie Sands ’19, shown with the ball, Isabel Boettcher ’20, and Kat Ramage ’19 all ended the day with double-digit points. (Photo courtesy of Dartmouth Athletics)
11/04/2016
Body

The top-seeded Dartmouth women’s rugby team defeated Brown in the Ivy Semifinal, 45-14, at Brophy Field on Oct. 29. With the win, the Big Green advances to the Ivy Championship on Nov. 6 at Harvard.

Isabel Boettcher ’20, Kat Ramage ’19, and Frankie Sands ’19 all ended the day of the semifinal with double-digit points. Boettcher led the team with 12 points on two tries and a conversion, while Ramage had a try of her own and three conversions. Sands started the scoring with the first try of the afternoon and went on to add another in the Big Green’s second win over Brown this fall.