The expert panel will assess Dartmouth’s progress toward its diversity goals. 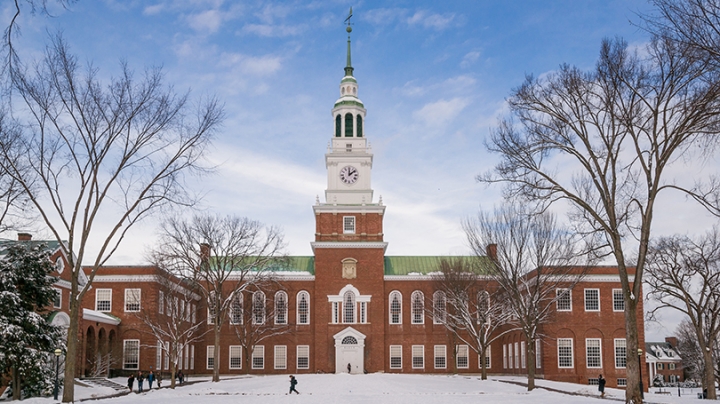 Four experts have joined the external review board that will help evaluate Dartmouth’s progress on its plan to improve diversity and inclusivity on campus.

They join the board’s chair, Shaun Harper, founder and executive director of the Center for the Study of Race and Equity in Education at the University of Pennsylvania. Harper’s appointment was announced earlier this fall.

“The members of the external review board bring a wide range of experiences that will be critical to their work of examining our processes and actions in relation to inclusivity and diversity,” says Ellis. “Their commitment to higher education, and to diversity and inclusion, ensures a careful and honest assessment of our progress.”

President Hanlon outlined the College’s action plan for inclusion and diversity in spring 2016. It calls for increased faculty and staff diversity, tangible steps to build a more inclusive community, an effort to learn from Dartmouth’s past, increased transparency in how the College shares data, and mechanisms, including the external review board, to hold Dartmouth accountable for fulfilling the plan’s promises.

“With the advice of the board, I’m confident we will successfully move forward with the action items in our plan,” says Ellis.

Kimberly Griffin is an associate professor in the Higher Education, Student Affairs, and International Education Policy Program at the University of Maryland, and specializes in studying the experiences of underrepresented communities in higher education. A graduate of Stanford University, she earned her master’s in education policy and leadership at the University of Maryland and her PhD in higher education and organizational change at UCLA. She is the coauthor of two books and author and coauthor of numerous scholarly articles; her interests include access and retention in graduate education and the professorate, diversity within the African American higher education community, and the impact of mentorship relationships on student outcomes.

John Rich, a professor at the Drexel University School of Public Health, served as a Dartmouth trustee from 2008 to 2016. A physician and scholar, he received a MacArthur “genius” grant in 2006 for his groundbreaking work on the health needs of urban African American men, which has helped shape public policy discussions and health practices nationwide. The founder of the Drexel Center for Nonviolence and Justice, he is the author of Wrong Place, Wrong Time: Trauma and Violence in the Lives of Young Black Men. In 2009, he was inducted as a member of the Institute of Medicine of the National Academy of Sciences. Rich earned his MD from Duke University and a master’s of public health from Harvard. Formerly he served as medical director of the Boston Public Health Commission and director of the Young Men’s Health Clinic, which he founded in 1993.

Keivan Stassun is the Stevenson Professor of Physics and Astronomy at Vanderbilt University, senior associate dean for graduate education and research for Vanderbilt’s College of Arts and Science, and director of the Vanderbilt Initiative in Data-Intensive Astrophysics. He earned an AB in physics and astronomy from University of California-Berkeley and his PhD in astronomy from the University of Wisconsin-Madison. An adjunct professor at Fisk University, he helped establish and co-directed the Fisk-Vanderbilt Masters-to-PhD Bridge Program, a leader in bringing underrepresented minority students into doctoral programs in the sciences. He has been elected a fellow of the American Association for the Advancement of Science and the American Physical Society.

Kiva Wilson manages Facebook’s diversity program, which is developing strategies to recruit and retain talented employees from underrepresented groups. She majored in social geography and international relations at Dartmouth, and went on to serve as a Peace Corps volunteer in El Salvador, where she taught in a rural community school and trained teachers. She has held several positions with the Peace Corps, including, most recently, program manager for the Office of Diversity and National Outreach, which works to diversify the volunteer applicant pool. She holds a master’s degree in international education policy from Harvard.

The review board will make its first annual report to Dartmouth’s board of trustees in spring 2017, based on an assessment that will likely include campus visits and discussions with members of the community.

The full action plan, and a summary of the College’s progress toward its specific goals, are available on the Inclusive Excellence website.