New Director Appointed to Lead Hopkins Center for the Arts

Mary Lou Aleskie is an internationally known and innovative leader in the arts world. 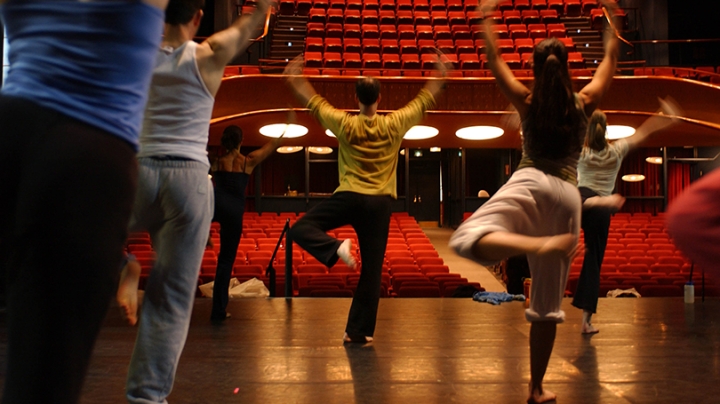 The Dartmouth Dance Ensemble warms up for a dress rehearsal in the Moore Theater. (Photo courtesy of Rauner Special Collections Library)
12/14/2016
Body

Mary Lou Aleskie, a leader in the arts world known for the distinctive programming she has created over more than three decades, will be the next director of the Hopkins Center for the Arts.

Aleskie comes to Dartmouth from New Haven, Conn., where, since 2005, she has been the director of the International Festival of Arts & Ideas. As director, she has produced critically acclaimed performances that have fostered local as well as international engagement. Under Aleskie’s leadership, the 15-day series of performing arts, lectures, and public conversations has been cited by the National Endowment for the Arts as one of the top five arts presentations in the nation. It is considered the largest international multi-disciplinary festival in New England, and one of the only festivals in North America that blend performances from around the world with dialogues among leading thinkers.

“We are thrilled to have such a creative and experienced leader in the arts take the helm at the Hopkins Center,” says Provost Carolyn Dever, who chaired the search committee for the director. “Mary Lou has produced a wide variety of prestigious festivals and performances, launching premieres, supporting masterworks, and advancing cultural understanding through arts engagement. Dartmouth’s students, faculty, and staff, and the broader communities of the Upper Valley and beyond will benefit from her energy and expertise.”

Also on the search committee were: Juliette Bianco ’94, deputy director of the Hood Museum of Art; actress and comedian Rachel Dratch ’88; Hopkins Center Board of Overseers member Caroline Diamond Harrison ’86; Joshua Kol ’93, the center’s director of student performance programs; and Barbara Will, the A. and R. Newbury Professor of English and associate dean of arts and humanities.

“Mary Lou brings enormous talent to the job of guiding the Hopkins Center into the 21st century,” says Will. “Her interest in the nexus of arts, ideas, innovation, and diversity will be hugely important as we think about the future of the Arts and Innovation District at Dartmouth.” The district includes the Hopkins Center, the Hood Museum of Art, the DEN Innovation Center, and the Black Family Visual Arts center.

Aleskie is an internationally known advocate for the power of the arts to bring people together, not only within local communities, but around the globe. She is chair of the board of the International Society for the Performing Arts, a New York-based global association for performing arts leaders that has 500 members from 60 countries.

“I think the world is getting smaller every day, and the more that we learn to understand each other, the better. I can’t imagine a better way to do that than by sharing arts and culture,” she says.

The Hop is well regarded, well established and “really at the top of its game,” Aleskie says. “I’m eager to help it be an anchor for an expanding arts district, animating the way the arts create a destination atmosphere—not just for College community members, but for the region and the world.”

Aleskie says she’s looking forward to working with Dartmouth students and faculty on making the arts an integral part of everyday campus life, accessible not only within the Hop, but also at more informal sites. “The new residential communities on campus are great places to embed the arts in students’ lives. There are so many ways we can be supporting the agenda around creativity that Dartmouth embraces,” she says.

Aleskie will help chart the future and raise funds for the vibrant 52-year-old organization. With a $7.8 million dollar operating budget, the Hopkins Center presents more than 500 programs a year.

Aleskie says she and her family are looking forward to moving to Hanover. Her husband, Peter Webster, is a theater and opera director. The couple have a daughter, Rosemarie, who is 16.