Richard Greenwald was honored for his work in the area of sports injury prevention. 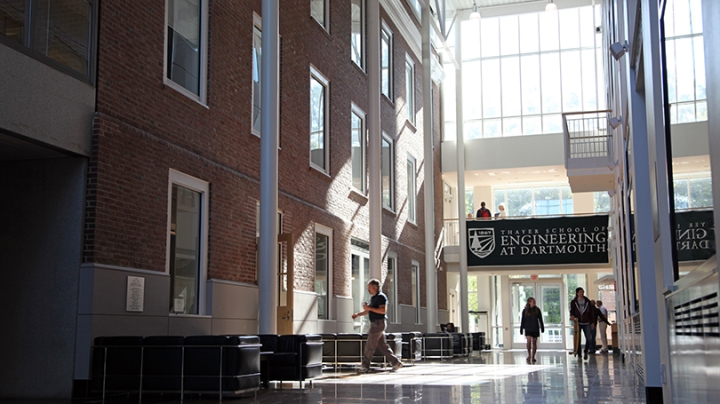 Richard Greenwald, Thayer ’88, an adjunct professor at Thayer School of Engineering, has been named a fellow of the National Academy of Inventors.

NAI fellow status is granted to academic inventors “who have demonstrated a highly prolific spirit of innovation in creating or facilitating outstanding inventions that have made a tangible impact on quality of life, economic development, and the welfare of society,” according to the NAI website.

Greenwald received the distinction for his work in sports injury prevention and medical devices, including the development of technology that monitors the frequency, severity, and location of head impacts in helmeted sports as part of an effort to reduce the incidence and severity of traumatic brain injury.

“This honor is shared equally with my co-inventors, colleagues, and industrial partners who have helped transform the initial ideas that led to our inventions into products that are being used to solve challenging clinical problems across the population,” Greenwald says.

He is co-founder and executive director of the nonprofit National Institute for Sports Science and Safety. Greenwald has led research and product development in a fall-injury prevention system for older adults and in prosthetics related to improved socket fitting systems for lower-limb amputees.

The induction ceremony for new fellows will take place April 6, 2017, at the John F. Kennedy Presidential Library and Museum in Boston.

The NAI was founded in 2010 to recognize and encourage inventors with patents issued from the U.S. Patent and Trademark Office, enhance the visibility of academic technology and innovation, encourage the disclosure of intellectual property, educate and mentor innovative students, and translate the inventions of its members to benefit society.