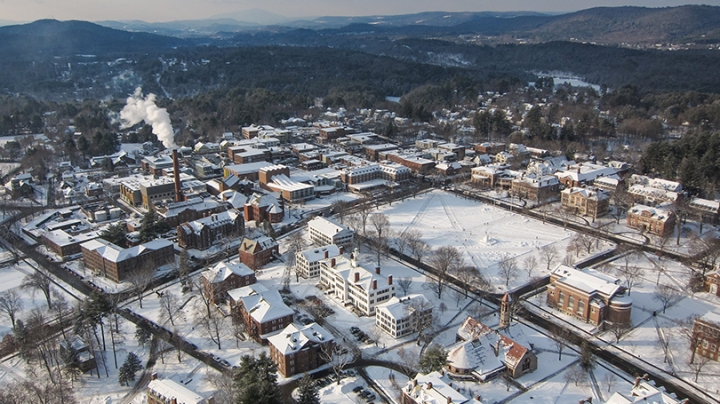 With just days to go before the Dec. 15 deadline, the Dartmouth United Way campaign has reached 94 percent of its $275,500 goal. Now coordinators are making an urgent appeal to those who have not given yet to help put the effort over the top.

“As of Friday, the Dartmouth campaign has raised $258,755 through scores of donations, big and small,” says United Way co-chair Gail Gentes. “The enthusiasm of our coordinators and our contributors for the good work of the United Way in the Upper Valley has been inspiring.”

Theresa Ellis ’97, director of the Dartmouth Center for Service, and Deputy Director Loren Miller sent a message to faculty and staff Tuesday highlighting the work of Granite United Way as well as the many connections Center for Service students have made with agencies and programs that support the vulnerable in the Upper Valley.

Ellis and Miller wrote in their community-wide email that many Center for Service students volunteer with United Way-supported organizations throughout their four years at Dartmouth.

“They serve as mentors and tutors to young people, they do odd jobs for individuals who are infirm, they cook and share meals with men and women transitioning from incarceration, they do research for organizations building affordable housing, and much more. For the students, the process is often transformative,” they wrote. “These community organizations that work tirelessly with our vulnerable neighbors throughout the Upper Valley need our financial support to keep going.”

In addition, the Dartmouth campaign has added more than 150 first-time donors this year, drawing closer to the goal of adding 200 new contributors, says Gentes.

“We’re hoping to get the word out to any of our colleagues who have not participated in the campaign before, to join us in providing critical support for the vulnerable in our community,” Gentes says.

United Way pledge forms went out to all Dartmouth faculty and staff via Hinman mail in October and department United Way coordinators can provide additional forms as needed. Contributions can be made by filling out the form and putting a pledge in the return envelope.

Description
In an article based on recent travels in the U.S., English and creative writing professor Jeff Sharlet finds that for Donald Trump’s true believers, the insurrection was an act of faith and Ashli Babbitt is a martyr.
Logo
Image