Weinstein to Retire as CEO, President of Dartmouth-Hitchcock

James Weinstein will remain in the role of CEO and president until the end of June 2017. 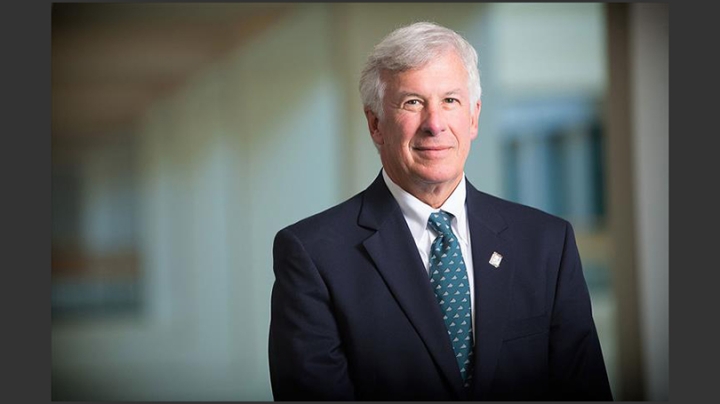 James Weinstein came to Dartmouth-Hitchcock in 1996, leaving a position as an endowed professor at the University of Iowa health system. (Photo by Mark Washburn)
12/04/2016
Body

Weinstein, who first shared his retirement decision with board leadership in 2015, will remain in the role of CEO and president through the end of his contract, after which he will continue his work with the High Value Healthcare Collaborative, the National Academy of Medicine Board for Population Health, the VA Special Medical Advisory Group, as well as other bodies on which he serves. He will continue to hold his academic and clinical positions in the D-H and the Geisel School of Medicine departments of orthopaedics.

A search committee of the board is being formed and will oversee the hiring and leadership transition process. This committee will be co-chaired by William J. Conaty, a former GE senior vice president of corporate human resources, and Verville, a former senior executive for IBM.

Weinstein assumed the role of CEO and president in 2011 following a transition from a dual leadership model in which the presidents of Mary Hitchcock Memorial Hospital and the Dartmouth-Hitchcock Clinic co-governed the organization. As inaugural CEO and president, he laid out a strategy for creating a sustainable health system to improve the lives of the people and communities Dartmouth-Hitchcock serves for generations to come.

“It has been an incredible privilege to lead this organization,” Weinstein says. “Dartmouth-Hitchcock is blessed with a fantastic team of skilled and dedicated professionals who come to work every day in service to those who entrust us with their care. The past five years have been ones of exciting and sometimes challenging change in health care. D-H is on a good path, and now is the right time to transition to a new leader who will apply his or her vision and energy to the tasks before us. I look forward to working with that person and the board to achieve as smooth and seamless a transition as possible.”

Verville says, “Jim’s dedication to Dartmouth-Hitchcock and his commitment to continuous improvement in all aspects of health care is extraordinary. Under his leadership, the quality and safety of patient care at D-H has been ranked among the best in the nation.”

“Jim has been a visionary and transformative leader not just for the Dartmouth-Hitchcock Health system, but nationally, as we seek to reform a broken health care system,” said Denis A. Cortese, former president and CEO of the Mayo Clinic and a D-H/D-HH trustee since 2011. “His contributions, through The Dartmouth Institute for Health Policy and Clinical Practice, the High Value Healthcare Collaborative, the creation of the Master of Health Care Delivery Science program, and in advancing innovative and value-based approaches to health care for the nation, have and will continue to have a profound impact.”

Weinstein came to Dartmouth-Hitchcock in 1996, leaving a position as an endowed professor at the University of Iowa health system. He founded the Department of Orthopaedics at D-H and served as its chair from 2003 to 2010. Believing in the power of “informed choice” for patients, he created the first-in-the-nation Center for Shared Decision Making and the first multidisciplinary Spine Center at DHMC, which has become an international model for patient-centered care.

In 2007, he assumed the role of director of The Dartmouth Institute for Health Policy and Clinical Practice, succeeding Jack Wennberg. He was subsequently named president of the Dartmouth-Hitchcock Clinic and worked in these dual roles until being named CEO and president in 2011. He is a founder and inaugural executive director of the national High Value Healthcare Collaborative, and is a member of the National Academy of Medicine, where he is on the board for Population Health and chairs the Committee on Community Based Solutions to Promote Health Equity in the United States.

Says search committee co-chair Conaty, “We have a difficult but exciting task ahead of us as we seek a successor who will build on Jim’s vision and accomplishments and lead Dartmouth-Hitchcock into the future. During Jim’s time as CEO and president, D-HH has increased its national reputation, attracting some of the premier physicians, researchers, and administrators in the country. With its reputational and organizational strengths, we are confident we will have an exceptional pool of applicants from which to select the next CEO.”