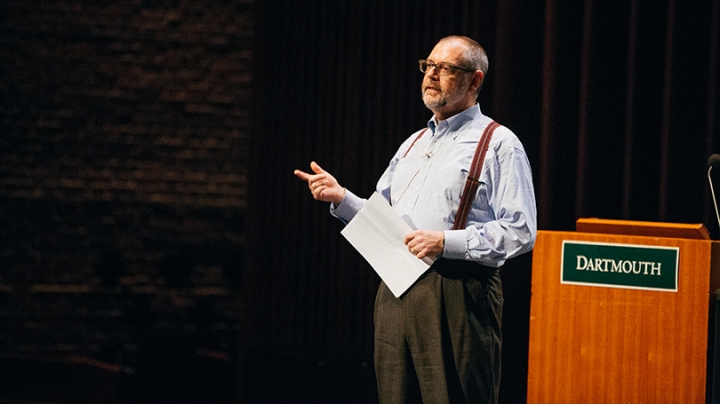 At a town hall meeting on Wednesday, Jan. 11, Executive Vice President Rick Mills will host biochemistry and cell biology professor Dean Madden, who was recently named to the post of vice provost for research.

“I’m very excited to report that professor Madden will be joining us to talk about his research, and I’m sure he will offer his thoughts and perspectives on the College’s broader research mission as he steps into that role,” says Mills.

Madden will transition into the post of vice provost for research, working with current Senior Vice Provost Martin Wybourne until July 1, when Madden will assume his new role. Wybourne, who has held the position of vice provost for research since 2004, plans to resume his faculty position in the physics department, where he is the Francis and Mildred Sears Professor of Physics.

The town hall session, part of Mills’ ongoing series of community discussions, will run from noon to 1 p.m. on Jan. 11 in Spaulding Auditorium at the Hopkins Center for the Arts. The meeting is open to all.