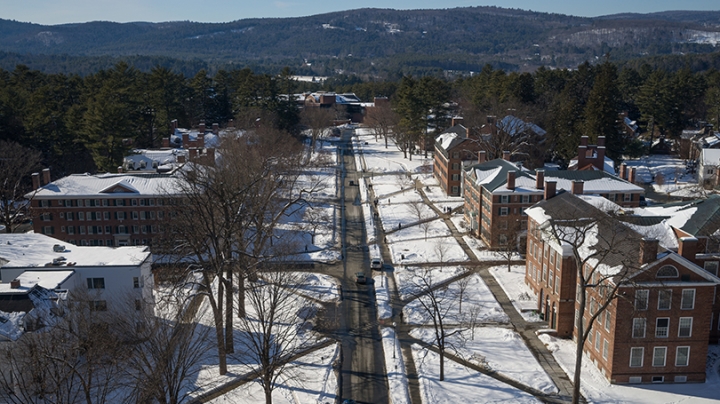 Dartmouth has joined 16 other colleges and universities in filing an amicus brief in a case challenging President Trump’s executive order restricting immigration from seven designated countries and suspending refugee admissions to the United States.

The “friend of the court” brief was filed Feb. 13 in U.S. District Court for the Eastern District of New York in the case of Darweesh et al. v. Trump et al. The federal court is where one of several cases challenging the executive order is being litigated.

The brief asserts that “safety and security concerns can be addressed in a manner that is consistent with the values America has always stood for, including the free flow of ideas and people across borders and the welcoming of immigrants to our universities.

An amicus brief is filed by an entity that is not a party to a case, but assists a court by offering information that bears on the case.

The filing cites a letter President Phil Hanlon ’77 and 47 other college and university presidents signed on Feb. 2 urging Trump to “rectify the damage” done by his executive order.

President Hanlon and Provost Carolyn Dever, in an email to the college community after Trump signed the order on Jan. 27, wrote in support of international students and scholars, reaffirming the College’s commitment to all members of the community regardless of their citizenship.

“These events have understandably generated great anxiety and confusion across our campus, and are very troubling,” they wrote.

Despite the temporary restraining order issued by the Federal District Court in Seattle on Feb. 3, the situation remains fluid. For this reason, Dartmouth’s Office of Visa and Immigration Services has strongly recommended that foreign nationals from the countries listed in Trump’s executive order (Iran, Iraq, Libya, Somalia, Sudan, Syria, and Yemen) who are affected by the order avoid all international travel, including to Canada, for the time being. OVIS staff have been working closely with those members of the community affected by the government’s action.