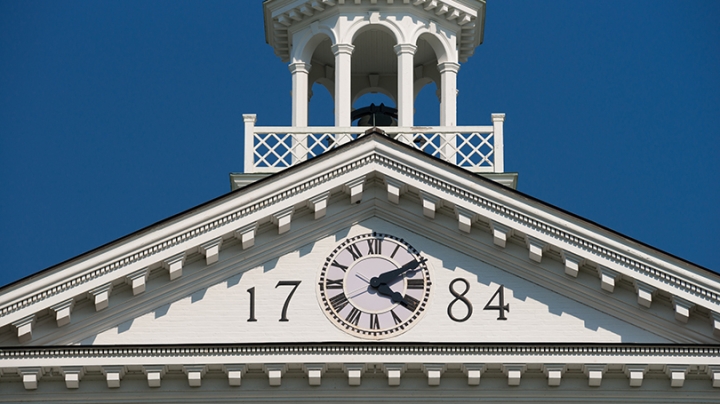 President Phil Hanlon ’77 joined 47 other college and university presidents from across the nation yesterday in signing a letter to President Donald Trump urging him to “rectify the damage” done by his executive order banning refugees and visitors from seven predominantly Muslim nations from entering the United States.

“If left in place, the order threatens both American higher education and the defining principles of our country,” the Feb. 2 letter says. “The order specifically prevents talented, law-abiding students and scholars from the affected regions from reaching our campuses. American higher education has benefited tremendously from this country’s long history of embracing immigrants from around the world.

“This executive order is dimming the lamp of liberty and staining the country’s reputation,” says the letter.

President Hanlon’s signing of the letter follows action he and other College officials have undertaken—both before the 90-day immigration ban and since Trump’s Jan. 27 signing of the executive order—to show support for international students and scholars by declaring the College’s commitment to all members of the community regardless of their citizenship.

“These events have understandably generated great anxiety and confusion across our campus, and are very troubling,” Hanlon and Provost Carolyn Dever wrote in an email to the community on Jan. 29.

“Dartmouth's commitment to the free and open exchange of ideas, global research, and education manifests itself in dozens of partnerships and in international study and exchange programs. Our engagement with the full human diversity of backgrounds, perspectives, and experiences is critical—to both the strength of the Dartmouth community and the effectiveness of Dartmouth's learning and leadership. We recognize, value, and celebrate the essential contributions of our international students and scholars,” Hanlon and Dever wrote.

In December, Hanlon wrote to members of New Hampshire’s congressional delegation and to all Dartmouth alumni who are members of Congress to express his concern about potential changes to the Deferred Action for Childhood Arrivals policy (DACA), which protects some undocumented individuals from deportation.

“The undocumented members of our academic community are not only outstanding students, they are exceptional individuals who have persevered through unprecedented challenges in pursuit of excellence in higher learning with the goal of making positive contributions to society as future leaders in their fields,” says the Dec. 15 letter.

The previous month, President Hanlon joined 623 university presidents in signing a statement in support of DACA.

“To our country’s leaders we say that DACA should be upheld, continued, and expanded,” the Nov. 21 letter says. “These students, who have been raised and educated in the United States, are already part of our national community. They represent what is best about America, and as scholars and leaders they are essential to the future.”

Hanlon publically reiterated the College’s unwavering support of its international community of more than 1,100 students, faculty, and staff this week, telling members of the Rotary Club of Hanover that the College would not give information to federal, state, or local law enforcement officials regarding students, faculty, or staff, or allow officials into nonpublic spaces on campus unless required by law to do so.

Dartmouth’s Office of Visa and Immigration Services has strongly recommended that foreign nationals from the countries listed in Trump’s executive order (Iran, Iraq, Libya, Somalia, Sudan, Syria, and Yemen) avoid all international travel, including to Canada, for the time being. OVIS staff have been working closely with those members of the community affected by the government’s action.