“The audience has to hear and see and feel what the singer is feeling,” says finalist Trevor Knight ’17. 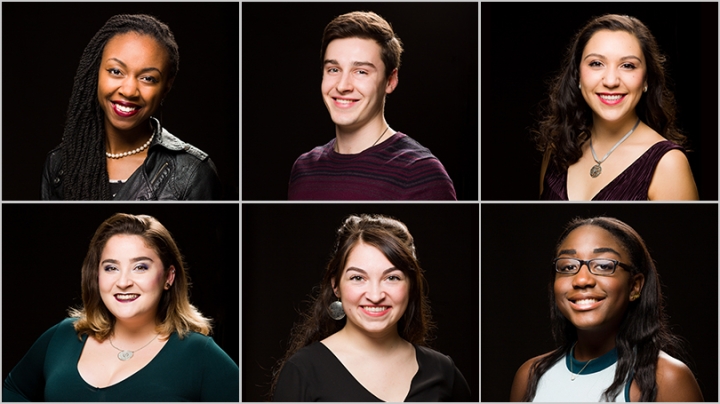 Dartmouth Idol celebrates its 10th birthday this year, and founding director Walt Cunningham is pulling out all the stops for the finals March 3. The annual solo singing competition has grown into an extravaganza, with a 20-piece band, original musical arrangements, return visits to the stage by alumni, and, of course, talented student performers. This anniversary year features a celebrity host: comedian Rachel Dratch ’88, of Saturday Night Live fame.

“I like Walt’s enthusiasm for the arts at Dartmouth, and he just drew me into his fun orbit,” says Dratch. “I think it’s great that the whole campus gets excited about an artistic event like Dartmouth Idol in the way they would for a football game.”

Cunningham hatched the idea for the show in 2007, after former President Jim Wright sent out a campus-wide memo asking for suggestions about how to foster diversity at Dartmouth. Cunningham had begun conducting Dartmouth’s Gospel Choir, a job he still holds.

“At the time, we were the largest, most diverse group on campus,” Cunningham says, “and President Wright wanted to know the secret to our success.”

Cunningham says he gave Wright a twofold answer. “When you want to see diversity flourish, people have to feel that their uniqueness is not only tolerated, it’s celebrated and valued. And when you give kids a sandbox—when you give an Asian girl and a little black child and a white child a pail and a shovel—they will happily play in there together.”

Cunningham based his College “sandbox” on American Idol, which had begun airing on the Fox television network. Its run ended last year, after 15 seasons, but Dartmouth Idol lives on.

“I am so proud of the all contestants every year,” Cunningham says. “In fact, there’s a part of me that would like to get rid of the competitive element, because when it’s all over, everyone feels good about what they have done.”

However, there are three judges: Kaitlyn Sheehan Ramirez ’09, Tuck ’16, Ben Rutan ’17, and Xavier Curry ’14. At the finals, the audience, who may cast electronic ballots, will decide the winner—the 2017 Idol. First prize is $500 plus an opportunity to record a two-song demo. Second and third place winners get $250 and $100, respectively.

Trevor Knight ’17 has been preparing for his performance. The only male vocalist among six finalists, and president of the a capella group Dartmouth Cords, Knight is used to singing unaccompanied baritone harmony—not belting out solo songs with a big band. But after a quick warm-up at the piano in a practice room at the Hopkins Center for the Arts, he launches into the soulful number he hopes will impress the audience and judges this year. We won’t name it here because the evening’s repertoire is supposed to be a surprise.

“You have to have vocal talent,” says Knight, “but you also have to be passionate about what you are doing. The audience has to hear and see and feel what the singer is feeling. If it’s an upbeat song, they have to see you having a good time, but not feigning joy, and if it’s a ballad it has to be powerful and sincere.”

Alyssa Gonzales ’17 has also been working on her solo. A classically trained singer, and president of another a capella group, the Dartmouth Dodecaphonics, Gonzalez tried out for Idol in her freshman year, but didn’t make it to the finals. Singing under the lights with her Texas family in the audience, will be, she says, a great way to wrap up her college career.

“It kind of bookends my time at Dartmouth, in terms of the way my voice has grown over four years,” she says.  “I don’t really care that much about winning. I just want this last hurrah with a live band, to have the chance to sing a solo and also a duet with an incredibly talented Dartmouth alum at Spaulding Auditorium.”

A sociology and international studies major, Gonzalez doesn’t plan on becoming a professional musician, and says she thinks the same is true for most of the other finalists. But she hopes to come back to campus for future Idol productions—maybe even stay involved with the show.

That’s what Nathaniel Graves ’13 has done ever since he won Dartmouth Idol as a senior, using a stunningly high falsetto voice in a Bruno Mars song-and-dance medley. 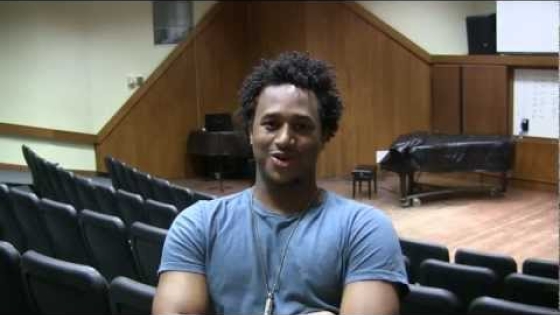 Now Graves lives in New York and performs in a vocal trio, “Ensti,” while working toward a career in medicine. This year, he’s arranging and coordinating background vocals for Dartmouth Idol, and coaching contestants. Graves says whoever wins may have what it takes to make it professionally. But the best reason to compete on March 3, he says, is to have a good time and please the crowd.

“The biggest thing I tell singers is to do this for the right reasons—because you love to perform in front of the mirror or in the shower, for your family, or for bigger audiences, and because just getting on stage and singing your heart out is what you really want to do,” says Graves.  “I mean, this is Hollywood Grammy-level stuff at a liberal arts school. It’s an awesome opportunity that really stretches you, no matter what you do later in life.”

The curtain goes up on Dartmouth Idol at 8 p.m. on March 3 in Spaulding Auditorium at the Hopkins Center. Tickets have sold out, but live streaming will be available.