Alice A. Ruth ’83 will oversee the investment office and manage the endowment. 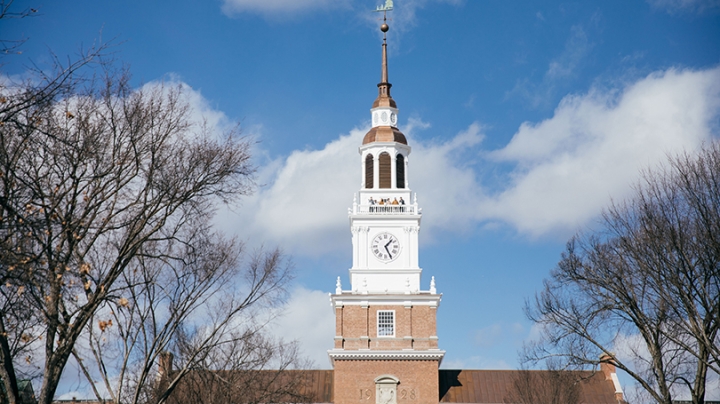 “Alice’s accomplishments are legendary in the investment community,” says President Phil Hanlon ’77. “We are thrilled to welcome her back to Dartmouth.”

At Dartmouth, Ruth will work closely with Trustee Richard Kimball ’78, chair of the trustees’ Investment Committee.

“Dartmouth is lucky to have someone of Alice’s caliber managing our endowment,” says Kimball. “She has a stellar track record, excellent judgment, and a love of Dartmouth—a winning combination.”

Ruth will begin work in April in Dartmouth’s investment office, located in Boston, where she will manage a staff of 13. Ruth succeeds Pamela Peedin ’89, Tuck ’98 who spent more than six years as CIO.

“I am grateful for the opportunity to serve Dartmouth. It is an inspiring institution and has had a significant impact on my life. I look forward to having a part in building the College’s future,” says Ruth, who has been a member of the trustees’ Investment Committee since 2011.

She comes to Dartmouth from Willett, which, since its inception in 2010, has been the investment adviser for former New York Mayor Michael Bloomberg’s Bloomberg Family Office and the Bloomberg Family Foundation. Prior to Willett, she served in the same capacity for Bloomberg at Quadrangle Group.

Before Quadrangle, she was chief investment officer for the Gordon and Betty Moore Foundation, where she led and shaped a $6 billion portfolio. Prior to Moore, she spent 12 years at Montgomery Securities as a senior managing director and co-director of equity research. As a consumer stock analyst for Montgomery, Ruth was recognized a number of times by The Wall Street Journal and named by Institutional Investor’s as a “Home Run Hitter.”  Ruth started her career at Morgan Stanley as an economic analyst, focused primarily on Federal Reserve and monetary policy.

Ruth is a member of the Dartmouth Centennial Circle of Alumnae, a three-year-old group of leading alumnae philanthropists, each of whom has committed gifts of at least $100,000 toward scholarships for women at Dartmouth.

She is a trustee of Deerfield Academy in Deerfield, Mass., and of the U.S. Ski Team Foundation.