“This is no time for silence,” says Professor of Government Dean Lacy. 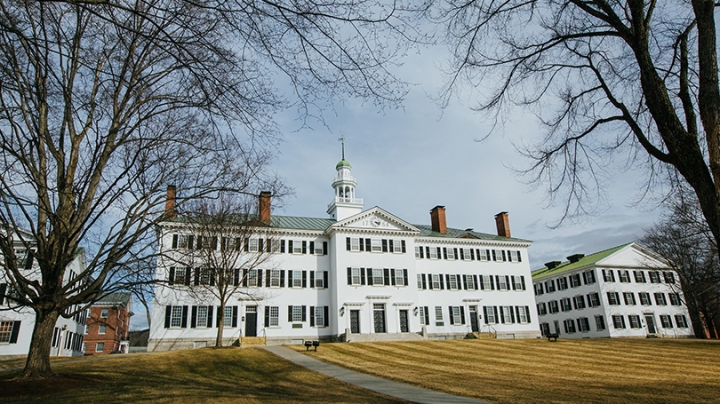 In light of the budget blueprint recently unveiled by the White House, university scholars across the country, including many at Dartmouth, are expressing concern. They worry about losing financial support for research projects now funded by federal programs facing cuts or elimination. Areas of study most likely to be affected are health, climate change, and energy, but arts and humanities research funding would also decrease sharply under the proposed priorities.

If the program cuts favored by President Trump get Congressional approval, “there will be a substantial loss of discovery and teaching opportunities for decades to come,” says Dean Madden, Dartmouth’s vice provost for research and a professor of biochemistry and cell biology at the Geisel School of Medicine.

In his “America First” budget outline, Trump proposes to eliminate the National Endowment for the Arts (NEA) and the National Endowment for the Humanities (NEH). The National Institutes of Health (NIH), the nation’s medical research agency, would face an 18 percent reduction. The Department of the Interior would see a 12 percent decrease, and the Environmental Protection Agency would be cut by 31 percent. Some Department of Energy programs addressing climate change would also be dismantled, affecting research in many parts of the Dartmouth campus.

Dartmouth each year receives approximately $154 million in federal funding to support research and scholarship across the institution, says Madden. “These projects reflect the full diversity of faculty interests, including galactic evolution, cancer immunotherapy, childhood health, nanotechnology, performance art, and the development of civilization,” he says.

Madden acknowledges that “with lobbying and advocacy on many fronts, the budget that comes out of Congress may well look very different.” But if these preliminary cutbacks were to gain legislative support, he says Dartmouth would be negatively affected in ways that can’t be fully understood yet.

“While this institution will do its best to adapt to that environment, we would be slowed in our progress toward understanding basic biological principles. We would lose opportunities to understand the physics of the cosmos. We would miss or delay insights into the structure of society. The humanities, including creative writing, are under threat as much as sciences, and so are studio arts, if the NEA and NEH are abolished.”

The College actively seeks Congressional support for research funding through groups such as the Science Coalition, an advocacy group in which Dartmouth is very active, as well as larger groups, such as the American Council on Education and the National Association of Independent Colleges and Universities. A number of faculty visited the New Hampshire Congressional delegation last week to advocate for funding for the National Endowment for the Humanities, says Associate Provost Martha Austin.

“We do outreach to our delegation quite often to make sure Dartmouth’s interests are represented and no doubt will do so on this,” she says.

The NIH cuts, Madden says, would hit laboratories hard. Fewer projects would be funded, and experiments already in progress could lose staff, he says.

“Let’s say an average lab has a budget of $300,000 a year. If you cut 10 percent, you have eliminated one graduate-student stipend.” He worries that postdocs and junior faculty might rethink their career choices “if they see a narrative in which there is a continual erosion of funding. We can’t afford to lose that talent.”

Nor would the humanities would be spared by the Trump administration’s budget knife. Barbara Will, the A. and R. Newbury Professor of English and associate dean of arts and humanities, says 10 Dartmouth faculty are engaged in projects funded by NEH or by NEH-supported organizations such as the Mellon Foundation. “We receive hundreds of thousands of dollars through those channels to give us time and resources to do our work in archives, libraries, and museums all over the world,” she says.

Students benefit from that scholarship, too, Will says, because “to teach a subject well you have to have studied it in all its dimensions.” At Dartmouth, faculty often invite students to collaborate on federally funded research.

In government classes, students learn about the federal budget process as it unfolds. Professor of Government and department chair Dean Lacy predicts that Trump’s proposals to boost spending on defense and homeland security while weakening domestic programs will face opposition not only from Congressional Democrats, but also from Republicans who fear a backlash among voters at midterm elections in two years.

“The politics of the budget are about re-election; it’s all about members of Congress wanting to protect federal dollars that benefit their constituents,” says Lacy.

But Lacy says the benefits of research need to be better understood by the general populace.

“Sadly, people don’t think about innovative research until something is about to go to market. But most of the important investments are made early, before people see the market applications. Cutting the National Institutes of Health and the National Science Foundation will have the kind of downstream effects that we can’t foresee. We don’t know what new discovery will be lost because a researcher can’t get the funding to make it.”

And as Madden notes, some short-term budget cuts can be financially unwise in the long run. For example, “NIH supports efforts at The Dartmouth Institute for Health Policy and Clinical Research  (TDI) to find new ways to deliver health care more effectively and affordably, with better outcomes. It just doesn’t make sense to delay or prevent discoveries like that.”

“There has long been bipartisan support for the notion that we must make health care both better and cheaper, and for the kind of reforms to health care delivery that will enable physicians and health care systems to improve. Some of our recent work contributed to the adoption of payment models, such as accountable care organizations, that have already had an impact on both quality and cost. Other projects have developed new approaches to caring for patients with serious mental illness—and demonstrating that they are effective. Cutting funding to this kind of research may be penny wise, but it is certainly pound foolish,” says TDI director Elliott Fisher, the John E. Wennberg Distinguished Professor of Health Policy, Medicine and Community and Family Medicine at Geisel.

Madden adds that whatever members of Congress do this session could well outlast their terms in office. “Right now, we as a society are benefiting from investments made 50 years ago, and if we don’t invest now, we are stealing from our children.”

That’s one reason Lacy hopes academics will speak up as the budget is debated.

“This is no time for silence,” he says. “This is the time for people to do some research, find out what’s to be cut. This is the time to tell your elected officials that these federal programs have real benefits. Members of Congress are not looking at public opinion polls on this; they are paying attention to what they hear at town meetings, and from all the letters and phone calls coming into their offices.” 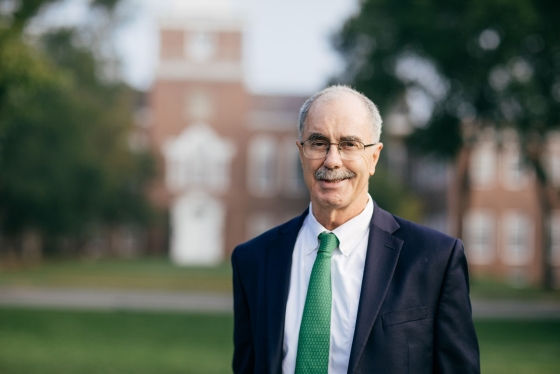