Daniel Benjamin joins a board seeking to alert the “national conscience” to genocide. 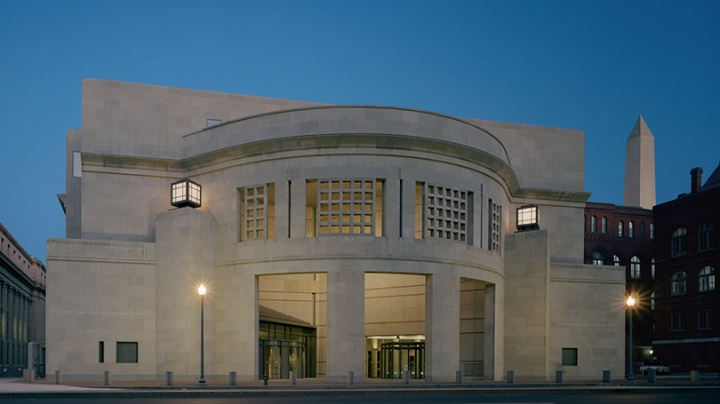 Dickey Center Director Daniel Benjamin was sworn in as a member of the Council of the U.S. Holocaust Memorial Museum—the museum’s governing body—at a ceremony in April during the national Days of Remembrance commemoration of the Holocaust.

Benjamin, the Norman E. McCulloch Jr. Director of the John Sloan Dickey Center for International Understanding, was nominated for the post by President Barack Obama in January. Before coming to Dartmouth, Benjamin served in the Obama Administration as ambassador-at-large and coordinator for counterterrorism at the U.S. State Department.

“It’s a terrific honor to be asked to join the Holocaust Museum’s council. It’s an extraordinary institution which in a little over two decades has come to play an outsize role in the United States and globally in creating and promoting historical understanding of the Holocaust and of genocide more broadly,” Benjamin says.

The museum, located on the National Mall in Washington, D.C., has had more than 40 million visitors since it opened in 1993. It houses one of the world’s foremost Holocaust research centers and provides an array of educational programs to schools and other institutions.

“Particularly at this moment, when anti-Semitism, xenophobia of all kinds, and anti-migrant sentiment are on the rise, I’m excited to work with the Museum,” says Benjamin. He was asked to join the museum’s Committee on Conscience, whose mandate is “to alert the national conscience, influence policy-makers, and stimulate worldwide action to confront and work to halt acts of genocide or related crimes against humanity,” according to the museum.

Dartmouth Associate Professor of Government Benjamin Valentino and the Dickey Center worked with the Holocaust Museum to create the Early Warning Project, a web-based world monitoring effort that uses publicly available data to identify countries at risk state-led mass killings. Since the project launched in September 2015, the museum’s Simon-Skjodt Center for the Prevention of Genocide and Dartmouth have released an annual assessment of countries most at risk of state-sponsored mass atrocities.

In the most recent assessment, announced by the museum and Dickey on April 12, project analysis found that Sudan, Yemen, Burma, Nigeria, and Afghanistan are the top five countries facing the greatest risk of new cases of civilian atrocities at the hands of their governments. The report is available online.

The Dickey Center was established in 1982 and dedicated to the memory and values of former Dartmouth President John Sloan Dickey, who served from 1945 to 1970. The center provides an array of programs and events related to international affairs, supports approximately 80 student internships, and oversees a minor in international studies, and a certificate in global health.