2017 Valedictorians and Salutatorians Are ‘Academic Stars’

Yerin Yang ’17  will deliver the valedictory address to the Class of 2017. 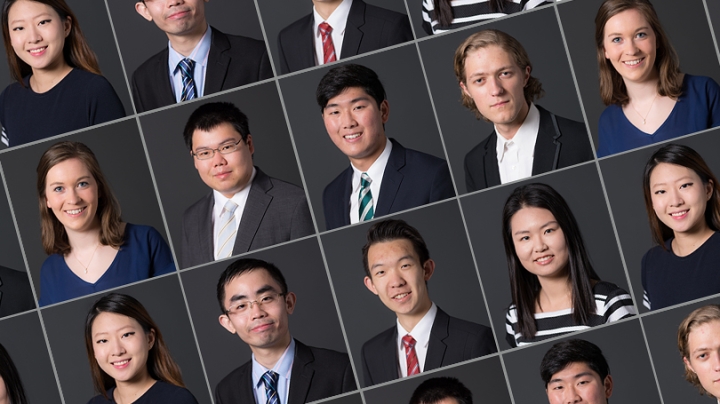 Four valedictorians and four salutatorians from the Class of 2017 have been named.

Valedictorians for the 2017 graduating class are Brian Chen ’17, Yerin Yang ’17, Zhecheng Yao ’17, and Ran Zhuo ’17. All four will march to the Dartmouth Green at the head of the Class of 2017, be recognized from the podium, and be afforded all the honors and privileges of their achievement.

All four valedictorians, as well as salutatorians Daniel Lee ’17, Daniel Magoon ’17, Olivia Powell ’17, and Yichen Zhang ’17, have all been named Rufus Choate Scholars, a Dartmouth honor for students in the top 5 percent of their class.

“These valedictorians and salutatorians are the Class of 2017’s academic stars,” says Dean of the College Rebecca Biron. “Their interests and aspirations represent the breadth of what Dartmouth’s liberal arts education can offer. The entire Dartmouth community should be incredibly proud of them.” 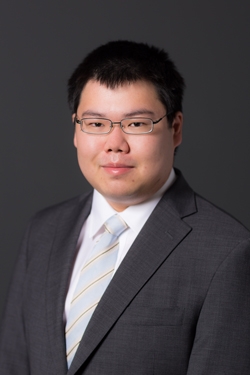 Post-graduate plans: Apply to law school, with the goal of one day being a law professor

“I was premed for two years, but I was increasingly drawn to law after taking a class with Professor Fischel in the econ department on land-use economics. It’s a seemingly mundane field, but the geographic location of economic activities is really important. There’s a lot of new scholarship coming out that says that restrictive zoning affects the labor market and mobility to the extent that it has an implication as to whether the United States is actually an optimal currency area. So these are some pretty profound implications in something that is so seemingly simple. I think that entire area is fascinating because has all these enormous but underappreciated impacts. It brings together law, economics, and politics.” 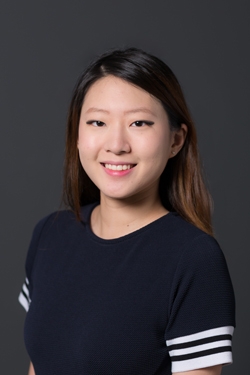 “I was pretty sure I wanted to be a psych major, but government is something I discovered here. Being in America, looking at the world from America’s perspective, is really different from being in Korea looking at everything from Korea’s perspective, and I wanted to bridge relations between the two countries. One of my proudest accomplishments is my senior independent project, which I did with Professor Stephen Brooks in the government department on the ‘pivot to Asia’ policy and Asian-American political representation in polls. I’m not Asian-America, I’m Asian currently living in America, but as I learned of the lack of representation of Asian-Americans in polls, especially on issues related to U.S.-Asia relationships, that was a gap in the literature that I was really passionate about filling.” 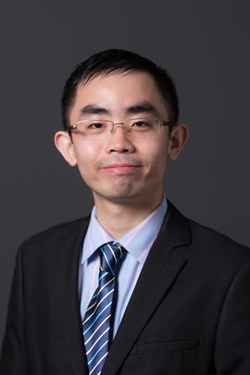 “My freshman year I decided to take the econometrics class, and I was like, wow, that’s actually something I would like to do. And I happened to meet a graduate student who was passionate about calculus, and he guided me to take a bunch of math classes. I used to think that math was very abstract, but I learned here about practical aspects of how people apply mathematical concepts. The intimacy you have with so many great professors makes a huge difference. Sophomore year I took on leadership roles, including as president of the International Students Association, and then I took the Tuck Bridge Program in the summer. Dartmouth has so many ways for you to develop your interests and help you find the passion that maybe you never thought about. It really upholds the true spirit of the liberal arts education—you have the liberty of choosing to learn something that you have not yet discovered, and to connect and learn from and even befriend the top-notch faculty and graduate students who are really passionate about teaching.” 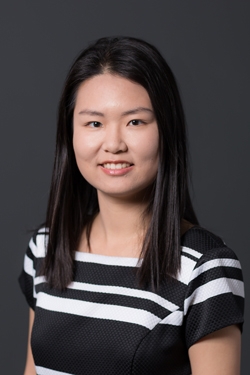 “It’s simply incredible how available the professors are here. Sophomore year I began to work with Professor Dorothy Wallace in the math department to model the life cycle of mosquitoes and the spread of malaria, and I found doing research very exciting. The summer after sophomore year I worked with an economics professor, Christopher Snyder, and I thought this was it—this is what I want to do. One project that I started in ‘Econ 80: Advanced Econometrics,’ on price-match guarantees, went really well, and now that paper is accepted for publication. I’m really proud of this. I wrote a math thesis, too, and this paper is on track for publication as well. It’s hard to describe this kind of feeling of searching unknown things and trying to come up with creative ways to find out things that no one else could. It just feels amazing.” 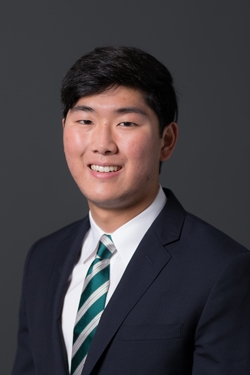 “Thayer has a very entrepreneurial spirit in terms of how students are able to develop original ideas and projects, and that allows you take a great deal of ownership over your educational experience. One of the early engineering classes I took that really made me sure I wanted to pursue it was ‘ENGS 21.’ My partners and I created a smart running sole that we eventually presented at the Pitch competition—another great Dartmouth resource—and won third place. Professors have been an invaluable resource, but more than that the willingness of upper-class students and alumni to share their experiences has been one of my favorite parts of Dartmouth. Meeting alums from 10 or 20 years ago coming back on campus to provide career support or advice on how they shaped their Dartmouth experience has been really valuable. That sort of bond that formed through my fraternity has been great.” 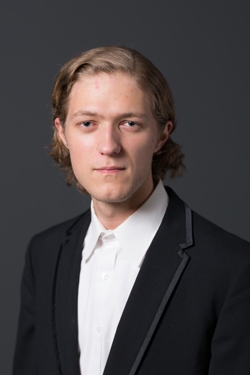 Post-graduate plans: Complete the fifth year undergraduate program at Thayer to earn a BE, then “probably working on robotics or electric vehicles, but I wouldn’t want to limit myself.”

“The best part about engineering at Dartmouth is the hands-on stuff. In some upper-level courses, you’re given really big problems and you have to start designing like a maniac. You live it, you dream it, you solve problems when you’re asleep. Then the next step is you have to manufacture it yourself. At Thayer we have all the resources for students to manufacture everything they come up with by hand. The guys in the machine shop at Thayer aren’t professors, they’re machinists, but some of them are just the brightest people. There’s whole classes that wouldn’t be possible without their expertise. The most valuable thing I’ve taken from my education here is that two-step process of design and build yourself. It builds a huge amount of intuition. It’s something that becomes second nature, and you can’t possibly forget it.” 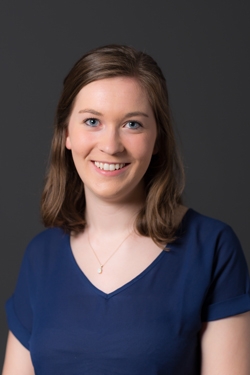 Post-graduate plans: This summer, work as a production assistant on a documentary about Alzheimer’s disease by Visiting Associate Professor of Film and Media Studies Bill Phillips. “Down the road I’d like to direct narrative and experimental film and theater, and maybe do some kind of multimedia immersive projects,” she says.

“I’m interested not just in film production, but specifically experimental and immersive performance art. I intended to be an anthropology major, but I went on the film FSP in Edinburgh with Professor Mary Flanagan my freshman summer and it was amazing. We were immersed in another culture, going to the film festival and seeing 40 or 50 films in two weeks. That opened my eyes to the possibilities of film. Probably the greatest lesson that I’ve learned at Dartmouth is about gratitude. I’m so grateful for everything I’ve had here. And I’m really proud of the experiences I’ve had being a trip leader for first-year trips—to be able to feel like I could help create a community for incoming students. What I’ve loved about my professors and my classes and my Dartmouth experience in general is how they’ve inspired me to look at different pieces of a problem and see connections in interesting ways.” 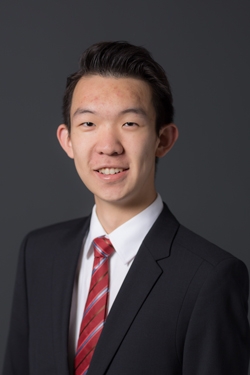 Post-graduate plans: Working at Vaxess, a biomedical startup in Cambridge, Mass., while applying to medical school

“I didn’t think about going into engineering until college, but I found biomedical engineering appealing because it would broaden my scientific interests and still let me go to medical school. I was able to finish classes for the major my junior year, and then I had more time to explore some other things. Global health has become a major interest. It’s still related to engineering in that for me it’s about tech innovation and implementation, but the discourse is very different from what I’m used to from a researcher or a medical standpoint. I’ve been lucky to go to Honduras and India to see that kind of work firsthand. I also went on an LSA to China my sophomore year. Those experiences have added to my experience of Dartmouth.”