At the 2017 commencement ceremony, Abbey D’Agostino ’14 received an honorary degree from Dartmouth. 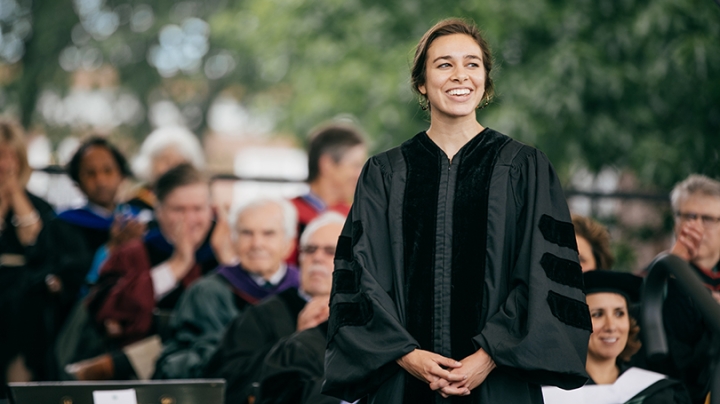 ABBEY L. D’AGOSTINO, as an American middle- and long-distance runner and celebrated Olympian, you’ve won the world over with a competitive spirit and a kind heart that transcend countries, cultures, and continents.

You graduated from Dartmouth in 2014 as the most decorated student-athlete in Ivy League history. Throughout your collegiate career, you won seven individual NCAA national championships—the second-most all-time by any NCAA student-athlete—and became the only woman in NCAA history to win both the 3,000- and 5,000-meter races twice at the NCAA Indoor Track and Field Championships.

Representing the United States in the 5,000 meters at the 2016 Olympic Summer Games in Rio de Janeiro, you set the gold standard in sportsmanship. Guided by your faith, your selflessness in helping a fallen competitor to the finish line after falling yourself embodied the Olympic spirit and reminded us all that a simple act of kindness has the power to unite the world.

Despite significant injuries, you finished the race, a testament to your determination, fortitude, and resilience. While you did not come away with a medal, you won the admiration of your fellow competitors and spectators around the globe, teaching us that every fall presents an opportunity to rise again and lift one another up.

For your outstanding athletic achievements and devotion to your sport, for your hard work and integrity, both on and off the track, and for your exemplary display of altruism in the face of adversity, Dartmouth is proud to award you the honorary degree of Doctor of Humane Letters. 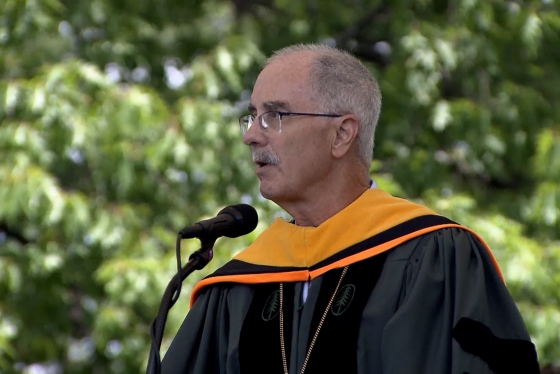