Commencement Notes for the Dartmouth Class of 2017

Nearly 1,900 degrees will be conferred at the Class of 2017 Commencement. 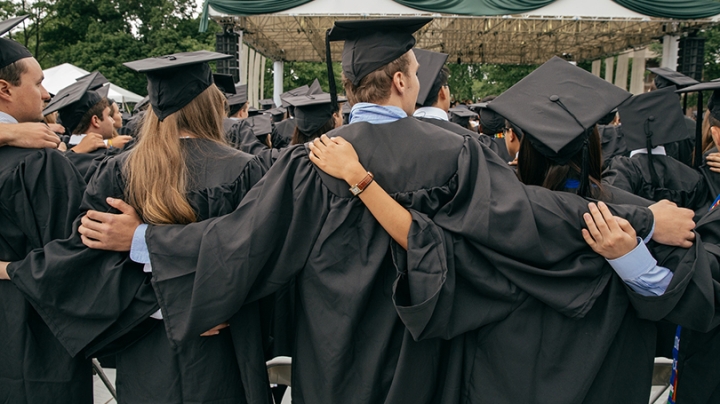 Here is Dartmouth’s 2017 commencement by the numbers: from the awarding of nearly 1,900 degrees to the expected attendance of 12,000.

The undergraduate class of 2017 hails from 46 states and the District of Columbia. The most represented states are New York, California, Massachusetts, New Jersey, Connecticut, Texas, and New Hampshire.

International students come from 37 countries and the most represented are Canada, the Republic of Korea, and the People’s Republic of China.

Most popular majors for the Class of 2017:

The most popular majors for the Class of 2017 are economics, government, computer science, engineering sciences, and history.

Yerin Yang ’17 was selected by the faculty of the College of Arts and Sciences to deliver the valedictory to the College at the ceremony.

The Alpha of New Hampshire Chapter of Phi Beta Kappa at Dartmouth inducts 96 undergraduates as new members in ceremonies on Saturday. The chapter has inducted as an honorary member Hany Farid, the Albert Bradley 1915 Third Century Professor and chair of the Department of Computer Science.

Frederick Schauer, ’67, the David and Mary Harrison Distinguished Professor of Law at the University of Virginia, was elected to alumni membership.

The chapter also honored the 20 undergraduates inducted in November.