President Hanlon Signs Letter in Support of Paris Climate Accord

“Colleges and universities must speak out on this pressing issue,” says Hanlon. 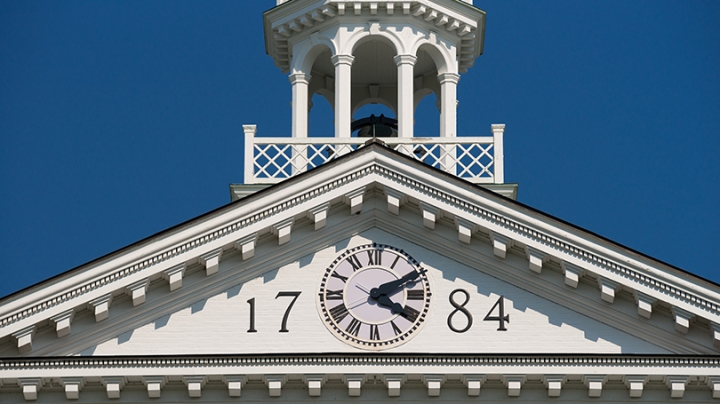 President Phil Hanlon ’77 and the presidents of 11 other leading research universities have reaffirmed their longstanding pledge to transition to low-carbon energy and enhance sustainability practices on their campuses.

Their action follows President Donald Trump’s decision last week to have the United States withdraw from the Paris climate accord, and reasserts the position 318 colleges and universities—including Dartmouth—took two years ago, when the landmark climate agreement was in the works.

“Universities must speak out on this pressing issue,” says President Hanlon. “And we must take action.”

In 2015, the colleges and universities signed the American Campuses Act on Climate Pledge, which said: “As institutions of higher education, we applaud the progress already made to promote clean energy and climate action as we seek a comprehensive, ambitious agreement at the upcoming United Nations Climate Negotiations in Paris. We recognize the urgent need to act now to avoid irreversible costs to our global community’s economic prosperity and public health and are optimistic that world leaders will reach an agreement to secure a transition to a low carbon future. Today our school pledges to accelerate the transition to low-carbon energy while enhancing sustainable and resilient practices across our campus.”

In the letter the presidents released today, they “reaffirm that commitment, which is consistent with the Paris Agreement and recognizes the concerted action that is needed at every level to slow, and ultimately prevent, the rise in the global average temperature and to facilitate the transition to a clean energy economy. Universities have a critical role to play in reducing our own greenhouse gas emissions, continuing to advance evidence-based understanding of the causes and effects of climate change on the environment, the economy and public health, and developing solutions.”

They underscore the factual basis for taking action to slow global warming. “The scientific consensus is clear that the climate is changing due in part to human activity, that the consequence of climate change is accelerating, and that the imperative of a low carbon future is increasingly urgent,” they write. “As institutions of higher education, we remain committed to a broad-based global agreement on climate change and will do our part to ensure the United States can meet its contribution.”

“As we announced on Earth Day this year, Dartmouth has set achievable, measurable goals, including reducing greenhouse gas emissions from campus operations by 50 percent by 2025 and by 80 percent by 2050, and transitioning our campus from No. 6 fuel oil to renewable sources by 2025,” he says.

“The withdrawal from the Paris climate accord will not weaken the resolve of America’s colleges and universities to help the country—and the world—meet our moral obligation to protect the planet for future generations. We remain as determined as ever to stay the course toward a sustainable future.”