What Are the Arts and Sciences? 27 Professors Give Answers

In a new book of essays, Dartmouth faculty write about their work. 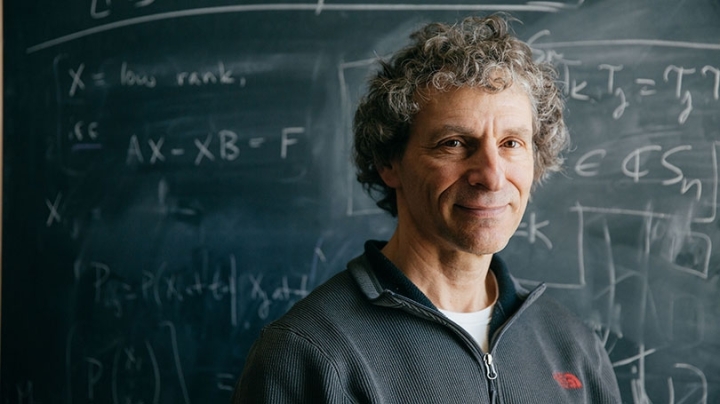 “It’s not a polemic, but if you sample from this buffet of ideas, it will feed your curiosity about the liberal arts,” says Professor Dan Rockmore. (Photo by Robert Gill)
6/22/2017
Body

What, exactly, are the arts and sciences? That’s the question Dan Rockmore, the William H. Neukom 1964 Distinguished Professor of Computational Science, asked himself and 26 other faculty members this year. Each answer grew into a chapter for a book he edited, called, as you might expect, What Are the Arts and Sciences? A Guide for the Curious (Dartmouth College Press, 2017). 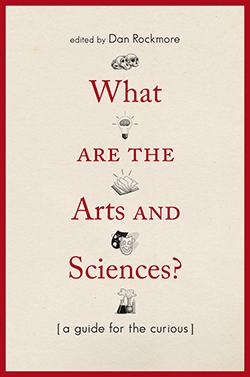 Rockmore came up with the idea for the project while he was reading a book to his young son Alex, who was then 8 years old. “We both enjoyed A Little History of the World, by Ernst Gombrich,” Rockmore says.

Gombrich chronicles human history from prehistoric times to the atomic age in plain language, accessible to lay readers.  He was reportedly inspired by the daughter of some friends, who wondered how he spent his professional time as a historian.

“I think my son—in fact, many people in Hanover—also wonder what Dartmouth professors do all day,” Rockmore says. And even though Dartmouth is a close-knit academic community, Rockmore says busy colleagues may not know exactly what their colleagues do within their own disciplines, which he thinks could be better understood by the general public. He believes that most people are naturally curious and fully able to grasp complicated concepts if they are presented in jargon-free language. He insisted that the book have no footnotes. What it does have, he says, is original thinking about what scholars do and why they do it.

Rockmore says it was difficult to choose only 26 from among Dartmouth’s more than 600 faculty members in the arts and sciences, but he had to work within space constraints. And even though all the contributors are friends as well as colleagues, Rockmore says he learned something new about each writer, and each discipline, by editing the submissions.

In “What Is French?” Andrea Tarnowski, an associate professor of French and comparative literature, urges readers to become fluent in more than one language. “Learning another language is really about the capacity to enter the mind of someone else,” she says.

She wants students of languages to learn about cultures, as well.

“You could study verb declensions and know them perfectly over the course of 10 years, but if you never speak with people or read about the history or the literature or the art or the governmental structure of that country, the declensions aren’t going to do you a lot of good. We need cultural knowledge as well as linguistic knowledge,” Tarnowski says.

She got early feedback on What Are the Arts and Sciences from her mother, who, on a recent visit, discovered a copy on the kitchen counter. “When I got home she greeted me at the door and said, ‘I’ve been reading this all day. What a great idea!’”

Associate Professor of Anthropology Sienna Craig shares the enthusiasm. For her chapter, she asked her departmental colleagues to explain their sub-fields: biological anthropology, linguistic anthropology, and archaeology. As a sociocultural anthropologist who does ethnographic interviewing, she wanted to “mirror that process by representing other voices in the structure of the chapter.”

Craig writes about her own sociocultural work in the Himalaya, where a single health practitioner may assume many roles that, in Western medicine, are typically assigned to different people. “A Tibetan doctor may be a pharmacologist, zoologist, psychologist, and botanist as well as a general practitioner and priest. I’m interested in where that leads individuals and families in terms of what it means to be ill and what it means to recover, and also in what people do when medicine can’t save their lives,” Craig says.

Because all 27 authors have never met as a group to discuss the book, Craig thinks it would be great to convene a symposium, using the chapters as springboards for further discussion about scholarship and teaching in the liberal arts.

“I would also like to see it tucked in the backpack of every entering student,” says Craig.

She will get her wish. At an end-of-term publication party, Rockmore told a group of the authors that the book was getting “nice reactions—for example, from our local school superintendent.” And, he added, What Are the Arts and Sciences? A Guide for the Curious will be given to every first-year student attending Dartmouth next year.

“This began as a thought bubble,” Rockmore said, “and it wouldn’t have become an actual thing without all of you. Thank you.”