Team on probation for a year, will miss three meets and winter training trip. 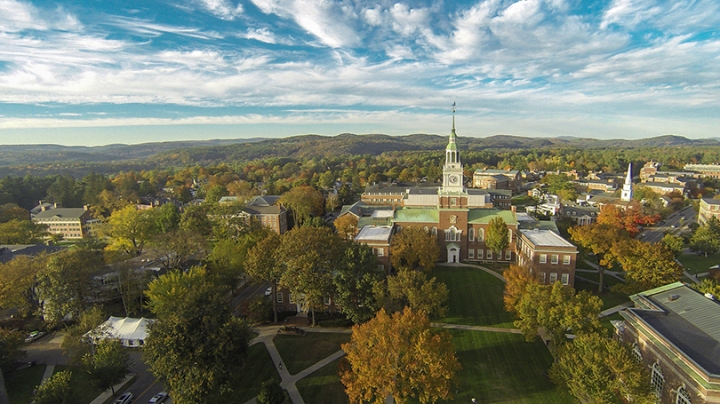 The Dartmouth women’s swimming and diving team has been placed on probation by the College following the team’s admission that it violated the College’s hazing policy. The team was charged with the violation after an extensive series of interviews conducted by the Department of Safety and Security and senior staff in the Department of Athletics and Recreation.

No team members were found to have been physically harmed in the matter, nor were drugs or alcohol involved. The College kept Hanover police informed about the investigation; the case was not pursued as a criminal violation under state hazing laws.

The team admitted violating the hazing policy by telling first-year team members to create and present a sexualized PowerPoint presentation for their teammates during their December 2016 winter break training trip.

The Organizational Adjudication Committee (OAC) accepted the team’s admission and, following a hearing with the team captains, imposed a one-year period of College probation and a series of educational and team development requirements.

Dartmouth athletics also levied sanctions. Although the team will be allowed to participate in training and educational activities in the fall, Director of Athletics and Recreation Harry Sheehy announced that the team would not be allowed to participate in the three intercollegiate meets scheduled during the 2017 fall term. The team will resume its competition schedule on Dec. 1, but will not be allowed to travel for training and will instead train in Hanover during the December break.

“We hold our teams to high standards and our student-athletes understand their collective responsibility to the community,” says Sheehy. “The members of the team have acknowledged that their behavior was unacceptable and that their actions have consequences.”

OAC hearing panels are composed of two faculty members, two administrators, and three students. The athletics sanctions, while informed by the OAC outcome, are independent of the OAC process.