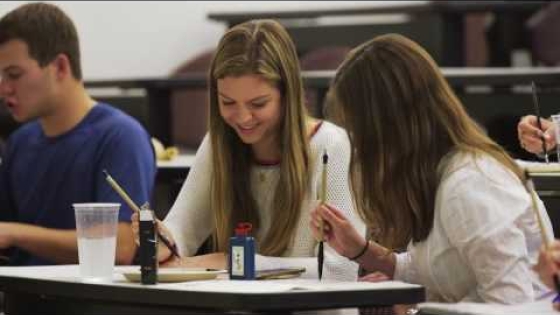 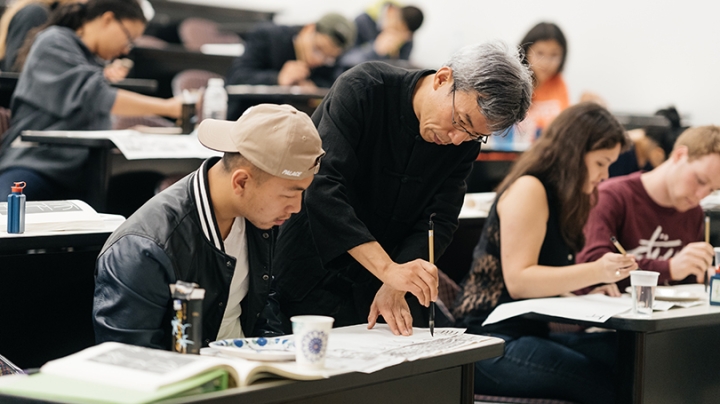 Professor Wen Xing works with Kevin Chao ’19 in his class “Chinese Calligraphy.” (Photo by Eli Burakian ’00)
Written by
Charlotte Albright
Share this
FacebookTwitterEmail
In the News