The feature-length film follows Scurka’s attempt to reach the highest point in each of the lower 48 states.

Until she strapped on her crampons and started up Gannett Peak—the highest mountain in Wyoming, at 13,809 feet—Mackenzie Scurka ’19 had never climbed a technical route. But Scurka, along with her father, Gary Scurka, was on a mission to reach the highest point in each of the lower 48 states, and Gannett Peak was next on the list. Gary Scurka, a filmmaker, documented their attempt and produced the first feature-length film about “highpointing”—the sport of attempting to reach the highest point in every state.

This summer, Highpointers has been screening on PBS stations across the country. Watch the trailer on the Highpointers website. 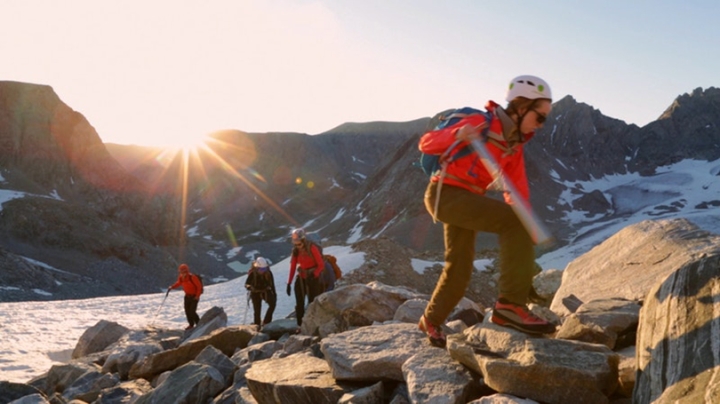 Mackenzie Scurka ’19 makes her way up a rocky trail on Wyoming’s Gannett Peak. (Photo courtesy of Highpointers)
Written by
Office of Communications
Share this
FacebookTwitterEmail
Articles