Telluride at Dartmouth: A Western, a Romance, and More

The Hop’s 2017-18 film season opens with films that screened at the famed Telluride Film Festival. 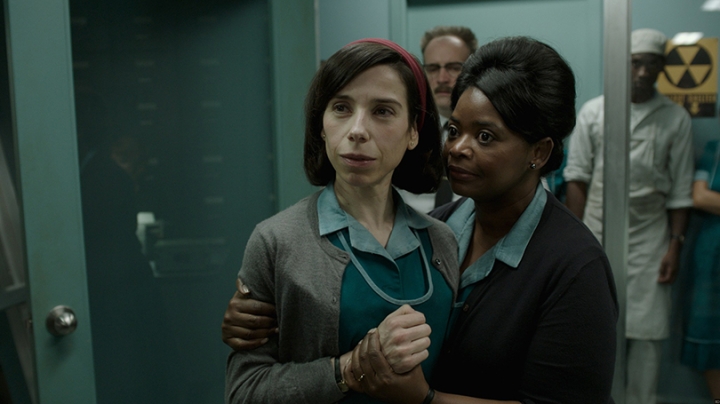 For the 32nd consecutive year, the Hopkins Center for the Arts opens its film season with six films straight from the famed Telluride Film Festival. This year’s crop includes a Cold War fairy tale/satire; a “woke” Western; a dystopian comedy; a Syrian refugee in Finland; harrowing moral choices in a tiny upstate New York town; and a May-December relationship involving an aging movie star.

Telluride at Dartmouth runs Friday, Sept. 15, through Thursday, Sept. 21. One film is shown each day, at 4 and 7 p.m., except for Monday. All shows are in Spaulding Auditorium.  Tickets go on sale Wednesday, Sept. 6.

The Telluride Film Festival, occurring each Labor Day weekend in Telluride, Colo., is one of the country’s premier arts events. Each year, hundreds of cinema lovers flock to a tiny mountain town to immerse themselves in a three-day celebration of film. Telluride consistently presents a diverse slate: the rare and unknown, restored gems, retrospectives, and the latest (and greatest) from the upcoming season. The New York Times calls Telluride “the smallest, most original, and most stimulating of the major festivals.”

Telluride at Dartmouth was born 32 years ago through a long-standing relationship between the Colorado festival and the College. Each year, six films come directly from Colorado for special advance screenings at the Hopkins Center. This is a unique opportunity for the Dartmouth community to get a sneak peek at the latest international films—often months before they’re released for general audiences.

In a work that shares the soulfulness of his Pan’s Labyrinth, writer and director Guillermo del Toro crafts a grownup fairy tale set in 1962 Baltimore. Elisa (Sally Hawkins), a timid lonely heart mopping floors in a government lab, encounters a magical “asset” being studied and tortured by an obsessive federal agent (a superb Michael Shannon). The intensity of her connection to this “beast” changes her life. The brilliant ensemble includes Richard Jenkins, playing Elisa’s artist neighbor, and Octavia Spencer as her no-nonsense work buddy. Within this richly detailed wondrous world, del Toro magically weaves elements of horror, fairy-tale romance, and sharp Cold War satire to unforgettable effect. (2017, 120 minutes)

Christian Bale stars in Scott Cooper’s Hostiles. (Image courtesy of the Hopkins Center for the Arts)

In 1892 New Mexico, legendary Army officer Joe Blocker (Christian Bale) is tasked with safely escorting a dying Cheyenne chief home to sacred lands. After 20 years of violent struggle with these “hostiles,” this gesture of peace is as unthinkable as it is harrowing. Their journey grows more complicated with the meeting of a grief-stricken widow (Rosamund Pike) who has endured frontier violence at its most terrifying. Framed by the beautiful but unforgiving landscape, Scott Cooper’s (Crazy Heart, Black Mass) riveting adventure-drama is reminiscent of Western classics like John Ford’s The Searchers. Bale delivers one of his finest performances as a man forced to question lifelong beliefs as he travels an anguished road toward redemption. (2017, 127 minutes).

In the alternative reality of Alexander Payne’s (Nebraska) insanely inventive new film, concerned scientists have mastered the technology of shrinking human beings to several inches in size to ease an overpopulated planet. Payne and writing partner Jim Taylor manage to miraculously combine the satirical implications of this premise with a disarming romantic comedy. Matt Damon is a modest, unassuming occupational therapist from Omaha who cheerfully embraces the adventure of “going small”; Christoph Waltz is his charmingly sleazy neighbor, and wonderful support comes from Kristen Wiig, Laura Dern, and Neil Patrick Harris. Payne’s comic dystopian universe results in a shape-and-tone-shifting work that leaves us more than a little in awe. (2017, 134 minutes)

The Other Side of Hope (Aki Kaurismäki, Finland)

Syrian refugee Khaled arrives in Helsinki on a cargo ship in the most incongruous fashion. Wikström, an aging bourgeois businessman, abandons his wife with bitterly droll brevity, taking to the road to pursue his restaurant dream. Inevitably, and with wondrous strangeness, their paths cross. If you weren’t already hooked by writer-director Aki Kaurismäki’s (Le Havre) oddball buddy film, once Khaled begins telling his harrowing story, you surely will be. For some 30 years, Kaurismäki’s elegant framing, concise characterization and eye for idiosyncratic details have made him a master of the deadpan. His memorable, mournful, ironic fable-like stories of losers, misfits and wanderers like Khaled and Wikström are an indelible part of cinema history. This is one of his finest. (Finland, subtitled, 2017, 100 minutes)

Reverend Toller (Ethan Hawke) manages his deep grief and acute spiritual loneliness while ministering to a tiny congregation in wintry upstate New York. When Mary (Amanda Seyfried) asks him to counsel her troubled husband, a radical environmentalist, Toller is confronted with a series of agonizing moral choices. Writer-director Paul Schrader has spent his iconic career relentlessly investigating obsessive heroes who live on the razor’s edge between violence and salvation. Here, he continues this 40-year project: using his unparalleled intellectual rigor, a purity of cinematic means and Hawke’s astonishing performance to devastating emotional effect. Referring to this film as “Diary of a Country Priest meets Taxi Driver” (which he wrote), Schrader has painted a new masterpiece. (2017, 108 minutes)

Peter Turner (Jamie Bell), a 20-ish, aspiring English actor, crosses paths with Gloria Grahame (Annette Bening), a once-glamorous movie star seeking a comeback. Despite their age difference, they make an almost instantaneous emotional and sexual connection. Later, as Grahame’s health declines, she calls her old lover in hopes of reconnecting. Bening is superlative in capturing Grahame’s mixture of vulnerability, intelligence, and raw sexual appetite—a part that she plays exactly right. Bell is convincing as an ordinary guy who drifts into a situation that’s way over his head. Vanessa Redgrave and Julie Walters co-star, but director Paul McGuigan ultimately entrusts this true-life tale to Bening and Bell, who prove equal to the task. (2017, 105 minutes)