Kudos: Faculty and Staff Recognized for Their Work 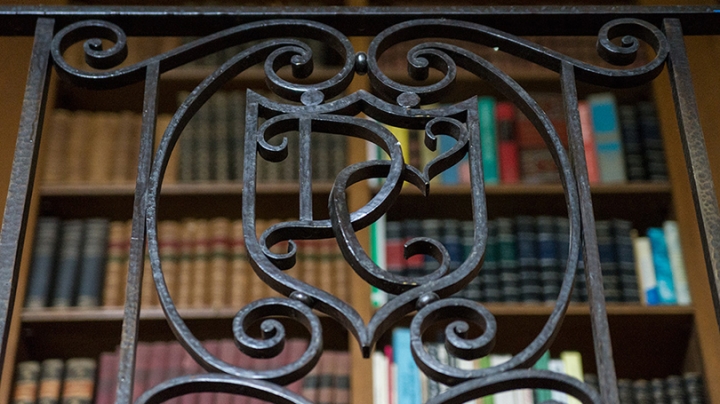 Kudos is an occasional column that recognizes Dartmouth faculty, students, and staff who have received awards or other honors.

The American Political Science Association named Government Professor Brendan Nyhan an emerging scholar of the year in the field of elections, public opinion, and voting behavior. The APSA presents the award annually to the top scholar in the field who is within 10 years of their PhD. The association praised his work in trying to understand “the relationship between information or misperception and behavior, and possible ways to correct incorrect information,” his writing for the New York Times’ blog “Upshot,” and his part in cofounding Bright Line Watch, a forum for political scientists who “monitor democratic practices and call attention to threats to American Democracy.” Nyhan shares this year’s top honor with Associate Professor of Government Peter Enns of Cornell University, executive director of Cornell’s Roper Center for Public Opinion Research. The American Political Science Association is the leading professional organization for the study of political science and serves more than 12,000 members in more than 80 countries.

Dartmouth placed second among the Top Computer Science Programs for Women in a ranking by StudySoup, an organization that fosters connections among the under-represented women in computer networking and related research fields. “Dartmouth College has taken strides in recent years to increase the visibility of women in STEM majors, including computer science,” notes the organization. “The college founded the Women in Science Project, which provides resources to women seeking a STEM career.”

Freedom University Georgia, co-founded by Dartmouth Associate Professor of History Pamela Voekel, is one of four academic projects to receive the Massachusetts Institute of Technology Media Lab’s Disobedience Award. Freedom University, which provides college-level courses for undocumented students banned from Georgia’s universities, received top recognition from among 7,800 nominees in the MIT award’s inaugural year. Reid Hoffman, co-founder of LinkedIn, donated $250,000 to MIT’s media lab to fund the annual prize for responsible, ethical disobedience. At Dartmouth, Voekel teaches courses on the history of colonial and modern Latin America, capitalism in the Americas, and racial and gender configurations in empire building and decolonization.

Assistant Professor of Philosophy Kenneth Walden has received the American Philosophical Association’s inaugural Arthur Danto/American Society for Aesthetics Prize for his paper “Art and Moral Revolution,” published in The Journal of Aesthetics and Art Criticism. In the paper, Walden argues that art has “an ability to reconfigure the structure of our moral thought and effect what we might call a revolution in that framework.” The prize is awarded every two years for “the best paper in the field of aesthetics, broadly understood, in a refereed journal, or an original book chapter or original essay published in a collection with a multiplicity of contributors,” according to the association’s website.

Dartmouth Assistant Professor of Computer Science Xia Zhou has been recognized this year by Networking Networking Women (N2 Women) as one of 10 “Rising Stars in Networking and Communications.” On its website, it states, “The main goal of N2 Women is to foster connections among the under-represented women in computer networking and related research fields.” Zhou, who conducts research in mobile systems and wireless networking, also received the NSF Career Award in 2016 and the Google Faculty Research Award in 2014. Her current projects include visible light communication systems and applications, mobile sensing, and efficient monitoring and enforcement of the radio spectrum usage.

Did you or a colleague recently receive an award or honor? Please tell us about it: dartmouth.news@dartmouth.edu.