The facility would be used year-round by football, soccer, lacrosse, softball. 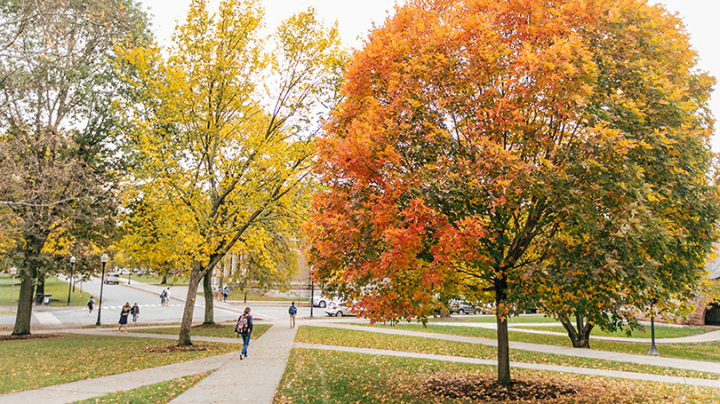 Dartmouth has appealed to the New Hampshire Supreme Court a lower court decision upholding the Hanover Planning Board’s denial of a permit for a new athletic facility.

The College proposes to build a new building adjacent to the Boss Tennis Center on land that is now used for outdoor sports practice. The indoor facility, with artificial turf, would be used year-round by football, soccer, lacrosse, softball, and other teams.

Director of Athletics and Recreation Harry Sheehy says that because of the long winters, Dartmouth athletes don’t have as much practice time as many of their college competitors, and an indoor facility would help alleviate that problem.

“This facility would provide crucial space that we are sorely lacking for our field sports,” Sheehy said when the building won Dartmouth Board of Trustee approval two years ago.

The town planning board did not dispute that the design and siting of the proposed building met all the requirements of the town’s site plan regulations and its zoning ordinance. However, in denying the permit, some board members relied on “general considerations” in the town’s site plan regulations, arguing the building had some impact on abutters and was inconsistent, in their view, with the “harmonious” or “aesthetically pleasing” development of the town, according to the board’s decision.

“The College believes the potential impact of the decision extends well beyond Dartmouth and is relevant to others in the state committed to responsible development based upon clear and definite standards of design and review,” says Dartmouth Executive Vice President Rick Mills. “We are concerned about appropriately defining the scope of a planning board’s power to interpret and apply zoning and planning regulations, where plans under consideration are in conformity with zoning and regulatory requirements. It is for this reason that we have appealed.”

The New Hampshire Supreme Court is expected to review legal briefs and to hear arguments on the appeal during the summer, and render a decision by next fall.