Dartmouth Inducts 18 Alumni Into Wearers of the Green

The group honors students, alumni, and coaches for their athletic excellence. 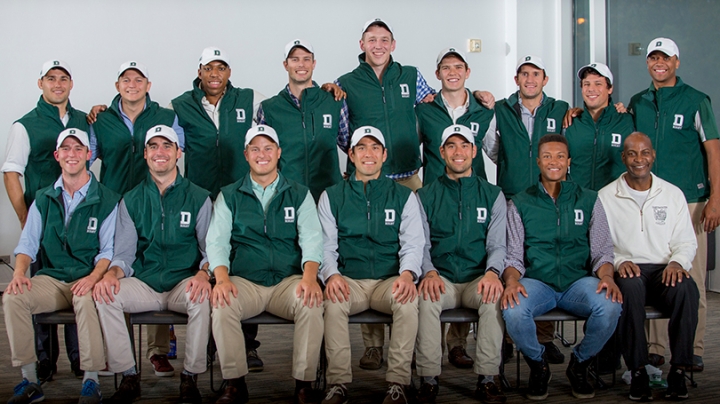 New Wearers of the Green were inducted at a ceremony after the homecoming football game on Saturday. (Photo by Mark Washburn)
10/11/2017
Body

Most of the 18 inductees were members of the men’s rugby teams that won the USA Sevens Collegiate National Championship in 2011 and 2012, as seen on NBC. Another inductee played for the Hong Kong men’s rugby national team, and two competed in the Olympics—Evelyn Stevens ’05 and Madison Hughes ’15.

Stevens participated in the 2012 Olympics as a cyclist after spending her undergraduate years as a member of the women’s varsity tennis team, while Hughes (also a member of the 2012 Rugby Sevens championship squad) captained the 2016 Olympic men’s rugby team.

“We have tremendous athletes here at Dartmouth,” Sheehy said, “not just at the varsity level, but in many of our club sports as well. I am absolutely thrilled to have the opportunity to honor each one of these alumni for their excellence on the field of competition, whether it be during their college days or beyond. We take great pride in including them in the ranks of the Wearers of the Green!”