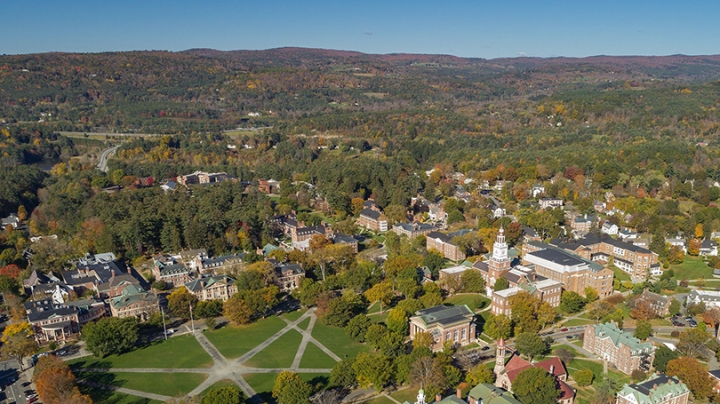 Last week, the College issued a statement confirming its own ongoing investigations, Lawrence says. While those investigations are pending, the three faculty members are on paid leave, with restricted access to Dartmouth property.

“Dartmouth is cooperating with law enforcement,” says Lawrence. “From the outset of our investigations, we have encouraged the reporting of possible crimes to law enforcement and have offered resources to support that reporting.”

President Phil Hanlon ’77 today notified the College community of the investigation in an email.

“It is important to remember that investigations are ongoing, with no official findings yet produced. However, we take these allegations very seriously and are pursuing our own independent investigations in coordination with law enforcement officials,” he wrote.

“I want to say in the most emphatic way possible that sexual misconduct and harassment are unacceptable and have no place at Dartmouth. Such acts harm us as individuals and as members of the community.”

Those needing help with matters involving sexual assault can find information and resources on the College’s sexual respect website.

Lawrence said the College would have no further comment on the ongoing investigations.